Social commentator and film-maker Michael Moore has attracted the wrath of the religious after joking that Jesus Christ was gay. 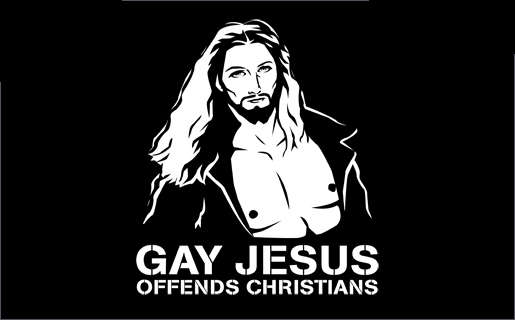 According to online magazine The Blaze, Moore – whose films include Fahrenheit 9/11 and Bowling for Columbine – made the comment at at Washington D.C.’s Georgetown University on Friday.

He was invited to the school to discuss his latest book Here Comes Trouble.

But while there he also used religion to make political references to U.S. healthcare, President Barack Obama and tax rates for the wealthy.

While doing so, he insinuated Jesus was gay by saying: “You know those 12 men Jesus was always hanging out with? Mhm.”

Several people in the three-hundred strong audience laughed – although the comment has sparked anger among the online community.

In response, one person wrote on The Blaze website’s comment facility: “Blasphemy, eh Mr. Moore? In My Book, that’s a one-way ticket to the eternal furnace.

“BTW, why is a Catholic institution even allowing this liberal nut job on their premises? I suspect his soul is already spoken for and not much other than his contrition will save it from the pit.”