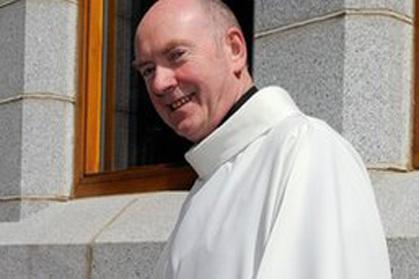 The Herald reports on the shocking story that comes out of St Mary’s School in Pomeroy, Co Tyrone. Fr. McVeigh was reportedly setting up a PowerPoint presentation for the parents of the parish when the pornography flashed on screen, at which point Fr. McVeigh promptly ended the presentation.

The images allegedly came on screen after Fr. McVeigh inserted a USB drive into the computer.

“I don’t know how it happened but I know what happened,” said Fr. McVeigh. “There are people making innuendoes who weren’t even there but in this day and age these stories grow.”

“There were plenty of shocked faces. There’s a lot of parents very angry about it,” said one parent.

St. Mary’s School principal Sean Devlin reportedly contacted the Armagh diocese in the wake of the incident, which is under investigation by the diocesan child protection office.

A statement from Cardinal Sean Brady said, “The archdiocese immediately sought the advice of the PSNI who indicated that on the basis of the evidence available no crime had been committed.”

A spokeswoman for the Council of Catholic Maintained Schools said that they were aware that the principal of the school “immediately referred this matter to the diocesan authorities in accordance with the diocesan safeguarding procedures.”

The Archdiocese of Armagh has refused to say whether or not Fr. McVeigh has been suspended from duties or has had restrictions imposed on his position throughout the time of the investigation.

The Herald reports that an emergency meeting was conducted at the parish last night.