The body of a popular Catholic priest known for ministering to police and the poor was found Saturday afternoon in the rectory of St. Lawrence Catholic Church on East Delevan Avenue. 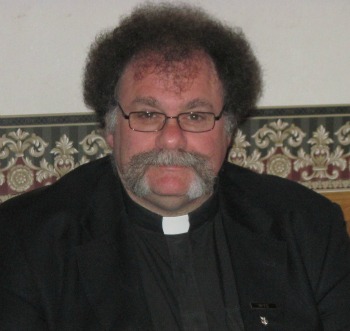 Despite those reports, Buffalo Police spokesman Michael J. DeGeorge said Saturday night that an investigation into the cause is still ongoing.

“At this time, homicide detectives do not believe foul play was involved,” DeGeorge said. “An autopsy will be performed to determine an exact cause of death.”

Moreno, who was sacramental minister at St. Lawrence Parish in Buffalo, was known as a gregarious priest who would deliver pizzas in emergencies, gather food for the poor and respond to the needs of Buffalo police officers.

“He’s extremely, extremely well beloved,” Monsignor David G. LiPuma, priest secretary to Bishop Richard J. Malone and vice chancellor of the Catholic Diocese of Buffalo, told reporters Saturday. “He never said no to anyone, and he was there for every person at every station in life, whatever they needed. He seemed to always be present and always be able to help people in one way or another.”

LiPuma, who was called to the church shortly after Moreno’s body was found, offered a Mass in St. Lawrence on Saturday, where about 40 parishioners and law enforcement officers gathered after learning of his death.

“You can go on and on about the amount of lives that this one priest has touched,” LiPuma said. “And so right now, we’re just storming heaven with prayer for the peaceful repose of his soul. We’re just asking the Lord to give great comfort to all those who are mourning his loss and are trying to deal with this tragic, tragic loss right now.”

Moreno, of Buffalo, served a number of parishes in the diocese, but was in the process of being transferred to another assignment from St. Lawrence Parish, Kevin Keenan, a spokesman for the Diocese of Buffalo, said. His new assignment had yet to be determined.

Parishioners earlier this week wrote to Malone expressing concern about the transfer and for his welfare.

“We love, respect and hold our Father Joseph Moreno in the highest regard,” about two-dozen parishioners said in the letter, a copy of which was provided to The News.

In addition to his work in various parishes and at St. Francis Nursing Home, Moreno was known for ministering to area police.

In a 1997 interview with The Buffalo News, Moreno recalled one of his toughest calls as a police chaplain came when Genesee Station Officer Charles E. “Skip” McDougald was fatally shot and his partner, Officer Michael Martinez, was wounded.

Several officers guarding the Northhampton Street shooting scene smiled and could be heard saying, “There’s Father Joe,” as they stepped up to greet the priest, who had arrived with hot coffee, doughnuts and soothing words that it was “OK to grieve.”

He was honored in 1998 by the Buffalo Police Benevolent Association for his service.

“Being a priest is an honor that God gives, one we don’t deserve,” Moreno told The Buffalo News at that time. “I’m able to walk into officers’ lives at difficult times and be trusted. I’m able to see what makes them tick, and it has truly humbled me and made me a better priest.”

Not only was Moreno known for providing people comfort with his words, but with food.

He was a familiar sight at police district stations, entering with pizzas, chicken wings and a “thanks” for the work police perform.

“Joe had a way of not only feeding people with his love and his great heart, but physically feeding them,” LiPuma said. “If they were hungry, he found a way to get them food. He loved pizza, so that was his signature piece.”

In 2009, Moreno and St. Lawrence Catholic Church also organized a giant delivery of pizzas to flood victims and emergency workers, after the flooding in the villages of Cattaraugus and Gowanda.

“I’m half Italian and I try to Italianize the world through food,” Moreno told The Buffalo News in a 1997 interview. “You can never have enough food.”

Moreno was ordained to the priesthood in April 1986 in Holy Spirit Church in Buffalo.

Malone, who was in Portland, Maine, on Saturday, said Moreno was “affable, unpretentious and had a giving heart.”

“It is with profound sadness to learn of the passing of Father Joseph Moreno, a faithful priest of the Diocese of Buffalo since 1986,” Malone said in a statement released by the Diocese. “Father Joe was dedicated to the priesthood, especially when it came to serving others. His presence to the parishioners of St. Lawrence made him much beloved.”

Funeral arrangements will be announced at a later date, Keenan said.