A former Roman Catholic priest is among five people who have been indicted by a federal grand jury in an alleged drug operation involving shipments of methamphetamine to Connecticut from California. 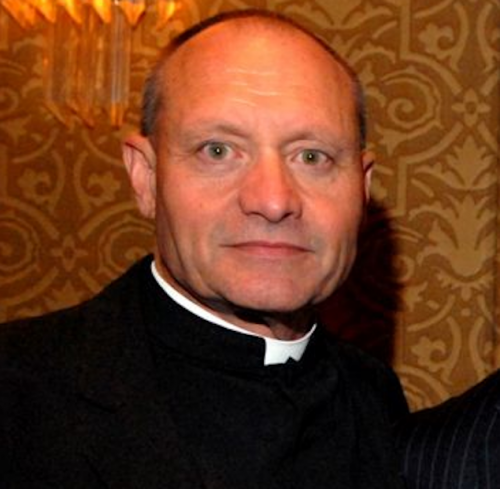 The grand jury in Bridgeport indicted the five people Tuesday on charges of conspiring to distribute 500 grams or more of a substance containing methamphetamine and 50 grams of actual methamphetamine. Wallin, of Waterbury, was also charged with six counts of possession with intent to distribute methamphetamine. The conspiracy charges carry 10 years to life in prison upon conviction.

All five are detained. It’s not clear if they have lawyers.

Wallin resigned as St. Augustine’s pastor in June 2011 after serving nine years in the post, citing health and personal issues, the Diocese of Bridgeport said in a statement. Diocese officials granted him a sabbatical the following month.

During the sabbatical, diocese officials became concerned about Wallin’s well-being and reached out to him, but he has never spoken directly to church officials, the diocese said in the statement, which did not elaborate.

Wallin’s faculties for public ministry were suspended in May 2012 and he has not been reassigned, the diocese said.

“News of Msgr. Kevin Wallin’s arrest comes with a sense of shock and concern on the part of the diocese and the many people of Fairfield County who have known him as a gifted, accomplished and compassionate priest,” the diocese said. “The diocese stands ready to help as it has throughout the past two years. We ask for prayers for Msgr. Wallin during the difficult days ahead for him.”

Wallin was a close friend of former Archbishop of New York Edward Egan and advised Egan in the early 2000s when Bishop James McCarthy and Monsignor Charles Kavanagh were forced to resign over sexual improprieties.