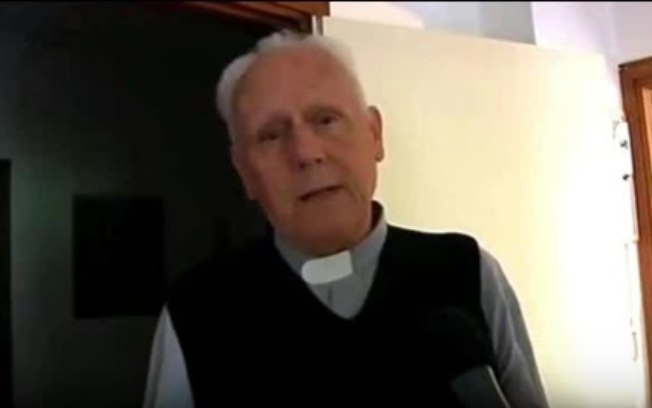 Italy’s Roman Catholic Church on Wednesday fired a priest who said he could “understand” how pedophilia by clergy could occur because some children yearned for affection.

The diocese of Trento, in northern Italy, said Father Gino Flaim, 75, was removed from his position at a parish and was banned from preaching.

“Unfortunately there are children who seek affection because they don’t get it at home and then if they find some priest he can even give in (to the temptation). I understand this,” Flaim said in an interview on the private La 7 network on Tuesday.

Asked if the children were in some way responsible, he replied: “In many cases, yes.”

The diocese said in a statement that Flaim’s comments did not reflect the diocese’s position on child sex abuse by clergy and ran counter to “the sentiments of the entire Church community” on the scandal.

The Roman Catholic Church has been rocked for the past 15 years by scandals over priests who sexually abused children and were transferred from parish to parish instead of being turned over to authorities and being defrocked.

Pope Francis has met victims of sexual abuse twice since his election in 2013, the latest during his visit to the United States last month.

The pope offered them his most comprehensive comments on the sexual abuse scandal in his 2-1/2 year papacy and used his strongest language yet in condemning it and promising that “all those responsible will be held accountable”.