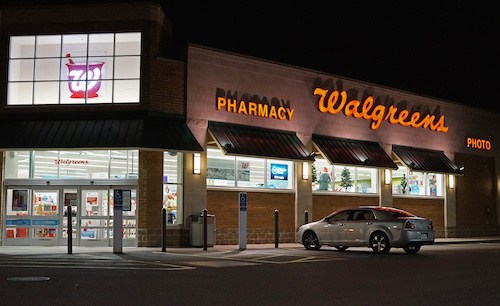 Nineteen groups led by the American Civil Liberties Union sent a letter Monday to drug store chain Walgreens expressing concerns about the company’s plans for a Catholic hospital to run its in-store health clinics in Washington state and Oregon.

In the letter, the organizations asked if the clinics would allow access to contraception, abortion drugs and prescriptions to help terminally ill patients end their own lives, which is legal in both states.

The groups note that other health organizations have stopped providing abortions after partnering with Providence Health, the Catholic hospital.

“In our states, we have consistently seen that when secular entities join with religious health systems, the services, information, or referrals provided at the secular entity become limited by religious doctrine,” the letter said.

When Swedish Medical Center in Seattle partnered with Providence Health in 2012, it stopped offering elective abortion services, the groups say. When Harrison Medical Center in Bremerton, Washington, affiliated with a religious health system in 2013, its doctors stopped prescribing aid-in-dying medications.

Highline Medical Center in Burien, Washington, also agreed to comply with Catholic ethical guidelines when it partnered with a religious health system in 2013.

It also asked whether Walgreens would continue to serve all customers equally, regardless of their sexual orientation or gender identity. It questioned whether transgender men or women will be able to receive a prescription for hormone therapy at one of the clinics.

“Can Walgreens offer assurances that its LGBTQ customers and LGBTQ patients at the clinics will be treated with dignity and respect and will receive the same medical standard of care as any other customer?” the letter said.

Walgreens has announced that Providence Health will be opening 25 health clinics within its stores.

Jim Cohn, a spokesman for the Deerfield, Illinois-based drug store company, said he could not immediately comment on the letter.

The Catholic hospital did not immediately return a phone call and email seeking comment.