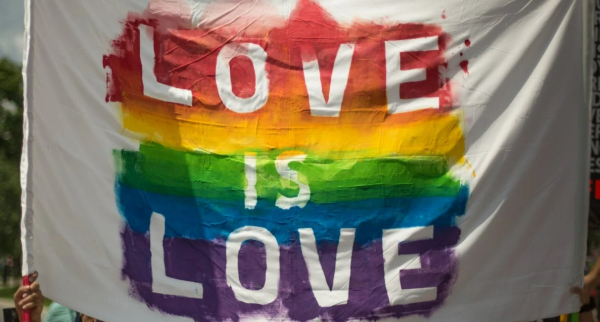 Bart Barber, the President of the Southern Baptist Convention (SBC), said in a recent interview with Anderson Cooper that gay people could not be good Christians.

Based on a report by PinkNews, Barber made the statement during a CBS 60 Minutes interview hosted by veteran journalist Cooper on Oct. 9, Sunday.

During the one-on-one interview, Cooper asked Barber if an individual could be an SBC member, a good Christian, and identify as LGBTQ+ at the same time. Barber emphatically answered, “No.”

The SBC president made the comment also as a way of explaining why the Baptist congregation is firmly against marriage between individuals of the same sex.

Aside from stressing the church’s view on same-sex marriage and Christians identifying as LGBTQ+, Barber explained SBC’s stand on abortion.

He said that the Baptist church takes an interest in the topic “not to police everybody’s sex life,” but because it thinks “that’s a human person who deserves to live.”

>Barber also addressed the statement made by Lauren Baubert that the church should guide the government in stopping legal abortions. The SBC president told Cooper that ‘the Baptist’s 400-year history runs contrary to Christian Nationalism.’

About Barber and the SBC

According to the website, Barber became the head of the SBC on June 14, 2022, following his victory over Tom Ascol for the SBC presidency. Barber reportedly gained at least 61% of the votes cast during the elections.

The article noted that Barber’s comments on various socio-political matters (including abortion and same-sex marriage) run consistently with the predominant beliefs of the Southern Baptist Convention. PinkNews said SBC maintains the LGBTQ+ community is “inherently sinful.”

Barber told Cooper he ran for SBC presidency because ‘God called him up to lead at this moment so Southern Baptists could move forward.’

According to the website, the anti-LGBTQ+, ultra-conservative SBC is not without its share of controversies, particularly allegations of sexual abuse by its church leaders.

PinkNews noted that in February 2019, a joint organization investigation uncovered more than 700 alleged victims of sex abuse by 400 Southern Baptist Church leaders. The San Antonio Express and the Houston Chronicle were among the investigation committee members.

The website disclosed that the church leadership waited for at least four months before forming an investigation committee and condemning the sexual abuse allegations against some of their leaders.

Consequently, the church leadership admitted in August this year that they are facing a federal investigation into the abuse allegations. The announcement came following several accusations and leaks that painted a mishandling of the church’s probe into the sexual abuse reports.