A Catholic bishop who fathered two children has stepped down.

Pope Benedict has accepted the resignation of Gabino Zavala, an auxiliary bishop of Los Angeles, the Vatican said. 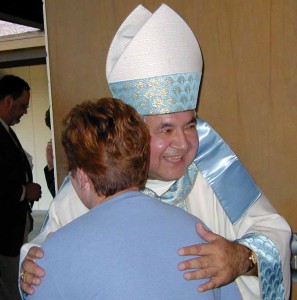 The Archbishop of Los Angeles, Jose Gomez, wrote in a letter to worshippers that Bishop Zavala told him in December that he was the father of two teenage children.

The children, who are minors, live with their mother in another state.

Archbishop Gomez said that the archdiocese was offering the family “spiritual care,” as well as funding to help the children with college costs.

In his letter he described the news as “sad and difficult” and said Bishop Zavala had been living privately and not participating in ministry since resigning.

Bishop Zavala is 60 and was born in Mexico. He has campaigned against the death penalty and for immigrants’ rights.

The Vatican did not spell out the reason for Bishop Zavala’s resignation in its statement, but made reference to canon law which allows bishops to step down before normal retirement age if they are ill or unfit for office for some other reason.

The Pope has shown no sign of relaxing the Roman Catholic Church’s rule on priestly celibacy, which has been in place since the 11th Century.

In March 2010 he described celibacy as “the sign of full devotion, the entire commitment to the Lord and to the ‘Lord’s business’, an expression of giving oneself to God and to others”.

Priests are not allowed to marry but married Anglican priests who convert to Catholicism are exempted from the celibacy rule.

Two days ago Pope Benedict appointed an American married priest to head the first US structure for Anglicans converting to Roman Catholicism.

WITH no apparent evidence other than a photograph of Spanish priest Andrés García Torres hugging a young Cuban seminarian, the Catholic bishop of Getafe has leapt to the outrageous conclusion that there is something gay about two topless men in a warm embrace. 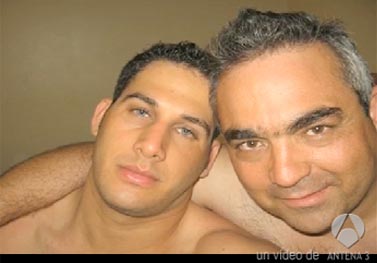 According to this report, the bishop now wants the priest to abandon his parish in the Madrid dormitory town of Fuenlabrada, undergo a psychiatric cure, and take an HIV test.

Torres responded by saying he intends going to Rome to show that he is being expelled from his parish unfairly.

The priest, who insists that her and the 28-year-old with whom he was photographed on a trip to Fátima are just good friends, and threw down this challenge:

Let them measure my anus and see if it is dilated.

He said his mum hadn’t stopped crying over what has happened.

Locals say that the priest is a very humane person, dedicated to helping others. More than 1,000 signatures have been gathered in his support.