Morale of clergy in the Dublin diocese is at an ”all time low” according to the now resigned chairman of the Priests Council, Fr Aquinas Duffy.

Fr Duffy, who resigned in recent weeks, said he resigned from the position due to time constraints and felt that, as the three year term had just started, it was best to go now and let someone else give it ”the time that it deserves”. 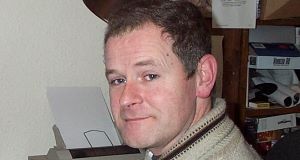 Asked about the morale of the clergy, he said it is at an ”all time low” and he included lay people also.

He added that there is ”frustration at trying to change Church structures so that real change comes about. In some ways we need to start moving to a collaborative style of structure and not hierarchial.”

He said there were some ”beginnings there at parish level” but that at ”structural level there needs to be diocesan councils that have real say”.
The urgency around this, he said, is very real as ”we are moving into a situation in the future where the main function of the priest is to serve sacramentally”.

Asked what needed to be done to raise morale, he said that there is a need to ”encourage and build people up. Many feel disillusioned and sometimes abandoned.
”If only we had good planning for the future. The lack of planning causes disillusionment,” added Fr Duffy.