Editor’s Note: Dr. James Cantor is a professor at the University of Toronto Faculty of Medicine and has been conducting research on the causes of pedophilia for the past 10 years. He is the Head of the Law & Mental Health Research Section of the Centre for Addiction and Mental Health (CAMH; Toronto) and the Editor-in-Chief of Sexual Abuse: A Journal of Research and Treatment. 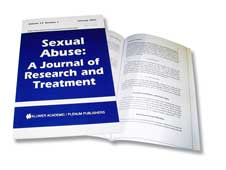 Although there have been claims that child molestation is a result of homosexuality (or of celibacy), there is absolutely no basis in science for either conclusion. The scientific evidence instead suggests that pedophilia and hebephilia are caused by atypical brain development occurring near or before birth.

MRI research has found very large differences in brain structure between men who have a sexual preference for children and those who have a sexual preference for adults. These differences were detected as regions of low density in brain tissue called white matter. White matter is what connects the various parts of the brain, enabling it to function as a whole. The white matter that is affected in pedophilia and hebephilia is the white matter that connects the parts of the brain that respond to sexual images. (Specifically, these regions were the superior occipitofrontal fasciculus and the arcuate fasciculus.)

Also demonstrating that gay men have no more of a sexual interest in children than do straight men are studies that have measured sexual responses directly: There exists a test, called a phallometric test, in which a man is shown images of adults and children, both male and female, while he wears a device on his penis to detect even very small changes in blood volume. The procedure is routinely used with sexual offenders, and research has repeatedly shown phallometric testing to be one of the most — if not the single most — accurate predictor of who is the most likely to commit future sexual offenses. When regular gay men and regular straight men (not offenders) are tested, gay men respond to images of children in exactly the same way that straight men do: very little.

Although it is reasonable to question why the Catholic priesthood appears to include so many pedophilic or hebephilic men, there is no scientific evidence that homosexuality is the answer, nor that fostering discrimination against gay men could be a solution.

The opinions expressed in this commentary are solely those of Dr. James Cantor. Click here more information and updates on his research.