The U.S. bishops should quietly persuade Bishop Robert Finn of Kansas City-St. Joseph, Mo., to resign in the wake of his Oct. 14 criminal indictment for failure to report a priest for sexual abuse of minors, said Nicholas P. Cafardi, an expert in civil and church law. 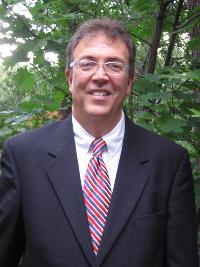 Calls for Finn to resign in the public arena don’t “really accomplish much,” Cafardi said. Instead, the U.S. bishops should call upon Kansas City’s bishop to resign “in the spirit of fraternal correction.”
Finn’s indictment comes amid controversy of his handling of a priest arrested for child pornography.

Cafardi suggested the bishops tell Finn that his continued presence as a bishop “is causing the faithful to question our commitment to the safety of their children” and that he should consider stepping down.

Cafardi, a professor of civil and canon (church) law at Duquesne University in Pittsburgh, is one of the original members and later chairman of the all-lay National Review Board established by the U.S. bishops in 2002 to oversee the bishops’ implementation of their new Charter for the Protection of Children and Young People.

With the criminal indictment of a bishop by a U.S. prosecutor, “a taboo has been broken,” said Anne Barrett Doyle, a director and spokeswoman for bishopaccountability.org, a website that tracks how Catholic bishops have responded or failed to respond to sexual abuse of minors by their clergy.

In the past, bishops have been given undue deference by civil authorities, and “I think it’s long overdue that prosecutors treat Catholic bishops like other American citizens and hold them equally accountable under the law” when there is substantive evidence that they have committed a crime, she said.

“The whole point of [state child sex abuse] reporting statutes is to make sure that the child abuser is stopped before having additional victims,” Cafardi said, “and my understanding is that between the time that Bishop Finn found out about the child pornography on Fr. [Shawn] Ratigan’s computer and the time he — or the diocese — did report him, there were additional victims, or at least one additional victim. … That, to me, is the horrendous part of this.”

Cafardi’s comment on Philadelphia referred to last February’s decision by prosecutors to bring charges against Msgr. William Lynn, former director of the archdiocesan Office for Clergy, for endangering minors by reassigning at least two priests known to have sexually abused minors to posts where they could come into contact with minors.

The grand jury investigation that led to the indictment said it was clear Lynn was acting in accord with policies established by now-retired Cardinal Anthony Bevilacqua, then-archbishop of Philadelphia.

“I think that when the church doesn’t police itself … we have to expect that civil society will police us instead,” Cafardi said. “Would we rather our bishops follow the Dallas norms and charter, or would we rather see them indicted?”

“If [Finn] had kept the Dallas norms, he would have been in compliance with the state law as well,” he added.

“There is no real [binding bishops’ conference] compliance mechanism with the Dallas norms” apart from an audit and declaration that a diocese is not in compliance, he said. “But with civil society, when you break a law — especially if it’s a criminal statute — you can expect to be indicted and tried.”
Referring to a June editorial in The Kansas City Star calling on Finn to resign, NCR asked Cafardi if he agreed that Finn should resign as bishop of Kansas City-St. Joseph.

“I think that the people to ask for his resignation are his fellow bishops,” Cafardi said.

“I think they need to do that in a spirit of fraternal correction,” he added, referring to a classical theological principle in the church of offering positive moral guidance to someone who has departed from the appropriate path of Christian discipleship.
“Also, I think they need to do that in private — but I do think that they need to do it,” he said. “I think he’s let down his brother bishops. From the facts, it would appear — he’s not been found guilty yet, but from the facts it would appear — that he’s really let down his fellow bishops, and they should be the ones who are talking to him.
“I’m not sure public calls for a bishop to resign really accomplish much,” he said.

Cafardi said that on one hand, Finn might use a promise to resign as a bargaining chip in the civil criminal proceedings — as often occurs when politicians or other civil officials face criminal charges — and that might be a reason not to resign before his criminal case is resolved.

“But then the flip side of that,” he said, “is what does his staying in office say about the seriousness of the bishops in following the Dallas Charter and norms? I mean, that cuts both ways.”

“I can’t read his conscience,” Cafardi said. “I think if a resignation comes, it really is best brought about by the fraternal correction of his brother bishops. I would like to see that, and it may be happening. But when it does happen, it is never in public.”

NCR’s efforts to interview Deacon Bernard Nojadera, new director of the U.S. bishops’ conference’s secretariat for child and youth protection, about the Finn indictment were redirected to the conference’s office for media relations. Mercy Sr. Mary Ann Walsh, the bishops’ media spokeswoman, said the conference had no comment on the Finn case.

Bishop Robert Finn
Doyle, of bishopaccountability.org, said despite numerous reports of bishops who have protected sexually abusive priests and failed to report them to civil authoritie,s “not one bishop … has yet gone to jail” for violating civil laws on mandatory reporting of sex crimes against minors.

“The Kansas City prosecutor showed a lot of courage” in bringing an indictment against Finn, she said, and that action, along with the recent indictment of Lynn in Philadelphia, “is a very encouraging development.”

“It’s absolutely deplorable that in 2011 a bishop is still failing to report an abuser, but it’s very encouraging that prosecutors have finally stopped their deference to church officials … and are beginning to treat church officials like ordinary citizens,” she said.

Doyle noted that though the charter to protect young people passed by the U.S. bishops in 2002 calls for bishops to report all credible allegations of abuse to civil authorities, the legally binding essential norms for all bishops that were approved by the Vatican do not make that a requirement.

She said she thinks many bishops interpreted the Vatican rejection of a blanket reporting requirement as a church law, in favor of a more modest requirement that all bishops follow local laws on the subject, as a signal from Rome that the Vatican prefers non-reporting whenever legally possible.

While many church officials since 2002 have publicly interpreted the charter as requiring them to hand over all reasonable abuse allegations to civil authorities even when civil law does not mandate it, Doyle said she thinks there is a fairly large number of U.S. bishops who have interpreted the charter’s reporting guidelines more narrowly — in contrast to Cafardi’s belief that “very few” bishops have adopted such a narrow interpretation.

As to the overall fallout of the recent Kansas City events, Cafardi said: “How many Philadelphias, how many Kansas Cities does it take before the bishops realize that the steps they took in 2002 protect our kids, they protect our church, and they should be followed without question?”