Parishioners at St. Elizabeth Ann Seton, a Catholic church in Las Vegas, were baffled. Why would their beloved pastor steal from their parish? 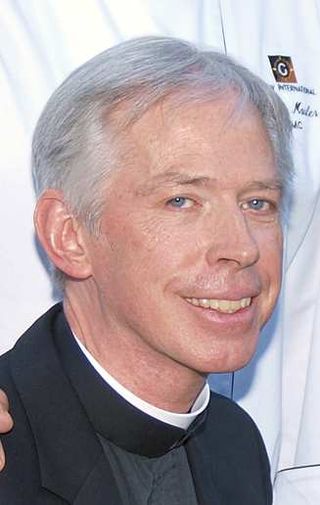 Last week, McAuliffe pleaded guilty to federal charges stemming from the theft of $650,000 from the parish over nearly a decade, the Las Vegas Review-Journal reported. He faces up to 60 years in prison when he’s sentenced in January, although his attorney, Margaret Stanish, said his sentence will likely be much shorter.

As the news spread in recent days, worshipers said the monsignor must have had some type of Robin Hood reason to steal. A pastor at St. Elizabeth’s since 1997, McAuliffe was credited with building it into one of Nevada’s largest Roman Catholic parishes. He wore scuffed boots and drove a banged-up Cadillac, churchgoers told the Review-Journal. There was no way he would have tried to enrich himself.

Maybe he’d funneled the money to the poor, members of his flock said. Maybe their gaunt priest had been sick and needed pricey medical treatment. “I would feel a sense of betrayal if we get the truth that it was taken for bad or personal gain, but I just know that’s not it,” parishioner Aldo Aguirre told the paper.

Within days, however, the monsignor’s attorney publicly revealed McAuliffe’s motive. It surprised just about everyone — though perhaps it shouldn’t have, not in a state where slot machines bleep 24 hours a day in gas stations and grocery stores: McAuliffe was a gambling addict. He blew thousands of dollars on video poker. He has been in treatment for some time.

Churchgoers interviewed by the Review-Journal appeared rattled, but also willing to practice a key tenet of the Catholic faith: forgiveness. “My heart still goes out to him,” said parishioner Gloria Devlin. “It’s said that those who have no sin can cast the first stone.”