American Roman Catholics are a curious mix of rebelliousness and loyalty, according to a new study. 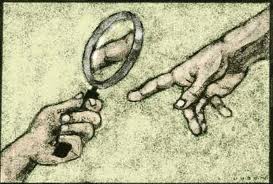 When it comes to moral issues such as abortion, homosexuality and sex outside marriage, American Catholics are more likely to listen to their own consciences than to the pope, bishops and other church leaders.

Only half of Catholics know that the church teaches that the bread and wine of Holy Communion actually transform into the physical body and blood of Christ, but of those who know, the vast majority believe it.

They say that Jesus’ Resurrection, helping the poor and the Virgin Mary are the most-important aspects of their faith; Vatican authority and a celibate, all-male clergy rank at the bottom.

D’Antonio, a sociologist at Catholic University of America in Washington, wrote the report with other academics. It was published yesterday by the National Catholic Reporter newspaper.

D’Antonio has seen this trend grow since he started polling Catholics in 1987.

In that year, for example, 34 percent of respondents said church leaders should have the final say on the morality of sex outside marriage, 42 percent said it should be up to individuals and 21 percent said “both.” The rest didn’t answer.

Today, 16 percent of Catholics say that church leaders are the final authority on nonmarital sex. Fifty-three percent said it is up to the individual, and 30 percent said that both sources should be consulted.

“Many Catholics have figured out that one of the most-important teachings of Vatican II is that you should ultimately look to your own conscience,” D’Antonio said.

Many Catholics “see the sex-abuse crisis as having a corrosive effect on the bishops’ ability to speak with moral authority in the wider culture,” he said. More than 8 of 10 respondents said the crisis hurt church leaders’ credibility.

Still, people tend to like their own bishop, Roberts said.

Deacon Tom Berg Jr., vice chancellor for the Diocese of Columbus and spokesman for Bishop Frederick F. Campbell, declined to comment because he had not seen the study. Campbell’s predecessor, Bishop James A. Griffin, also declined comment.

The disillusionment with the institutional church might be because people have seen the church as more of a business than a spiritual institution, said the Rev. Jeff Coning, pastor of Sacred Heart Parish in New Philadelphia. They can become disheartened when a church goes bankrupt or pays a sex-abuse settlement, he said.

He said the lack of deference to bishops is “alarming, because the bishops represent the apostles, who represent Jesus.”

Sister Barbara Kolesar, of Our Lady of Peace Catholic Church in Clintonville, said some people ignore what’s right to do what’s easy.

“I think we call those people ‘cafeteria Catholics,’ ” she said. “They pick and choose what they want as it suits them.”

D’Antonio said one of the most telling findings about the attitude of American Catholics can be seen when they are asked about politics.

The survey found that 57 percent leaned Democratic and 40 percent Republican. But 85 percent of both groups said you can disagree with church teachings and still be a loyal Catholic.