A priest at St. Ignatius Loyola Roman Catholic Church in Whitfield was removed from his assignment after acknowledging he had an inappropriate relationship with a woman, officials with the Diocese of Allentown said Sunday. 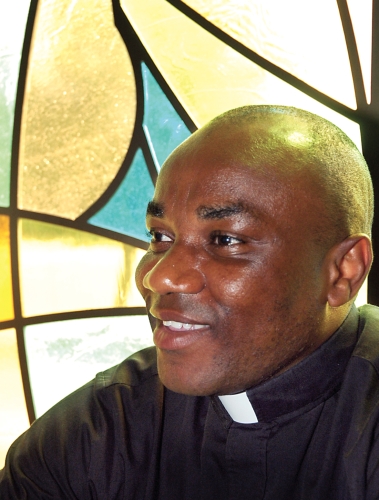 The relationship between the Rev. Cletus Onyegbule, 44, and the woman began when she was 18 years old, officials said.

Diocese officials did not identify the woman or specify the nature of the relationship.

Bishop John O. Barres announced the dismissal to the parish during the 5:30 p.m. Mass on Saturday.

Diocese officials reported the matter to the “appropriate authorities” and are cooperating with those authorities, according to a news release from diocese spokesman Matthew Kerr.

“We always do that,” Kerr said Sunday. “It’s not up to us to decide the legality of a situation.”

Kerr declined to go into specifics about the matter “in respect for the privacy for all the parties involved.”

Officials at St. Ignatius could not be reached for comment Sunday afternoon.

Onyegbule is currently at a treatment facility outside the diocese and is not permitted to function publicly as a priest, Kerr said.

Kerr did not specify what type of facility, but said that it is designed to work with members of the clergy.

A native of Nigeria, Onyegbule had served as an assistant pastor at St. Ignatius since March 2009.

He was ordained in 2002 and served at St. Ambrose Church in Schuylkill Haven and Our Lady of Perpetual Help Church in Bethlehem Township, Northampton County, before his assignment at St. Ignatius.

There was no mention of any criminal activity, and no charges were filed against Onyegbule, officials said.