On the social networks, I had proclaimed that the future pope would be named Francis. And I was right. Why Francis? Because Saint Francis’s conversion began when he heard the Crucifix in Saint Damian’s Chapel say to him, “Francis, go and restore my house, which as you see is falling into ruin.” (St. Bonaventure,Legenda Maior II, 1). 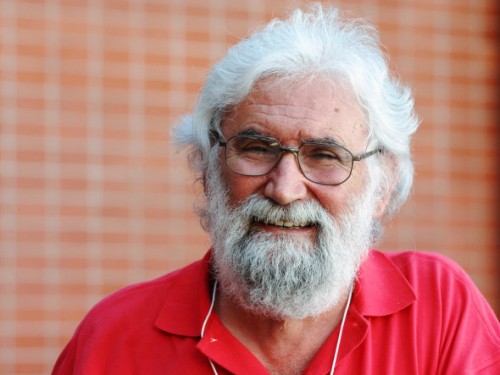 Francis took these words literally and rebuilt the Portiuncula Chapel in Assisi which still exists inside a huge cathedral. Then he realized that restoring the “Church that Christ saved through his blood” (ibid) was a spiritual matter. It was then that he started his movement for renewal of the Church that was presided by the most powerful pope in history, Innocent III. He began to live with the lepers and arm in arm with one of them, he went along the way preaching the gospel in the vernacular and not in Latin.

It’s good to know that Francis was never a priest but just a layman, Only at the end of his life, when the popes forbade lay people to preach, did he agree to become a deacon, on the condition that he not receive any kind of remuneration for the post.

Why did Cardinal Jorge Mario Bergoglio choose the name Francis? I think it’s because he realized the Church is in ruins because of demoralization due to the various scandals that have affected the most precious thing it had: morality and credibility.

Francis isn’t a name; it’s a plan for a Church that is poor, simple, gospel-centered, and devoid of all power. It’s a Church that walks the way together with the least and last, that creates the first communities of brothers and sisters who recite the breviary under the trees with the birds. It’s an ecological Church that calls all beings those sweet words “brothers and sisters”. Francis was obedient to the Church and the popes and at the same time he followed his own path with the gospel of poverty in hand. So theologian Joseph Ratzinger wrote: “Francis’ ‘no’ to this imperial type of Church couldn’t be more radical; it’s what we could call a prophetic protest.”(in Zeit Jesu, Herder 1970, 269). Francis doesn’t talk; he simply inaugurates something new.

I think Pope Francis has in mind a church outside the palaces and symbols of power. He showed it when he appeared in public. Normally the Popes and mainly Ratzinger would put over their shoulders the mozzetta, that short capelet embroidered in gold that only emperors could wear. Pope Francis came dressed only in white. Three highly symbolic points stand out in his inaugural address.

First: He said that he wants to “preside with charity”, something that has been called for since the Reformation and by the best theologians of ecumenism. The Pope should not preside as an absolute monarch, clothed in sacred power, as provided for in canon law. According to Jesus, he should preside in love and strengthen the faith of the brothers and sisters.

Second: He gave a central place to the People of God, as Vatican II highlighted but which had been left aside by the two previous popes in favor of the hierarchy. Pope Francis humbly asked the people of God to pray for him and bless him. Only afterwards would he bless the people of God. This means that he’s there to serve and not be served. He asked them to help him build a path together and called for brotherhood for all humankind, where human being don’t recognize each other as brothers and sisters but are tied to economic forces.

Finally, he avoided all spectacle in the figure of Pope. He didn’t extend both arms to greet the people. He remained still, serious and sober, even frightened, I would say. One only saw a white figure who greeted the people affectionately. But he radiated peace and confidence. He showed his mood by speaking without official-sounding rhetoric, like a pastor speaks to the faithful.

It’s worth mentioning that he’s a pope who comes from the Great South, where the poorest of humankind are and where 60% of Catholics live. With his experience as pastor, with a new view of things, from below, he will be able to reform the Curia, decentralize the administration, and give the Church a new and credible face.