A Colombian bishop, insisting that being homosexual is not a sin, said Thursday it’s possible that one of the twelve apostles of Jesus was gay or that Mary Magdalene, another key New Testament figure, was a lesbian. 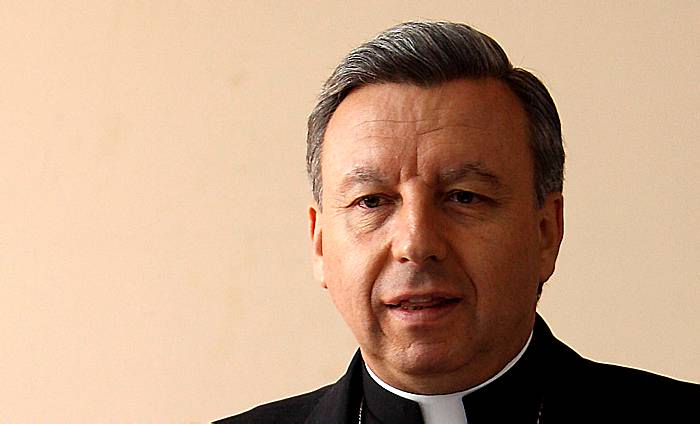 Bishop Juan Vicente Córdoba of Fontibón, Colombia, also said the Catholic Church does not oppose same-sex couples making a life together, but does not consider such arrangements to be a marriage or a family.

“No one chooses to be gay or straight,” Córdoba said. “One simply feels, loves, experiments, is attracted, and no attraction is bad.”

Although Córdoba reiterated Church teaching when it comes to marriage – that it’s a union between a man and a woman, permanent, and open to children – he said that homosexuality isn’t a sin.

“Sin is something else. It’s not respecting the dignity of others. Not loving God and our neighbors as we love ourselves, not feeding the hungry, not giving water to the thirsty,” Córdoba said.

He added that he prefers “a thousand times over” for Colombians to have dignity, a proper health system and food for all, rather than talking about whether they’re gay or straight.

“We don’t know if one of Jesus’ disciples” had a same-sex orientation, he said. “We don’t know either if Mary Magdalene was a lesbian.”

In the New Testament, there are hints that Mary Magdalene, a close follower of Jesus, was a prostitute. Córdoba said that may suggest she wasn’t actually a lesbian, but “we don’t know.”

Talking about same-sex adoption, the bishop, who heads the Commission on Life of the Colombian Episcopal Conference and was ordained bishop in 2004, said that children have the right to be raised by a mother and a father.

“We shouldn’t force minors to grow up under a gay couple, because when they become adolescents they’ll say they would have wanted to have a mom and a dad,” Córdoba said.

Córdoba said that the decision on gay marriage and adoption rights can’t be left “in the hands of a few,” adding that a referendum would be the right way to make the call.

He also asked for the debate not to be reduced to a political standoff.

“This is not a ‘genitals’ battle,” he said. Today the battles have to be in favor of the dignity of the poor, those that are not being heard,” Córdoba said.

If gay marriage is eventually legalized, Córdoba issued a challenge to homosexuals in Colombia.

“Gay brothers, when you get married, have nice homes, based in fidelity, and educate your children with love, preoccupied for the poor, the needy, so that there’s justice in Colombia,” he said.

Córdoba asked those in favor of the gay rights bill not to call the opposition “recalcitrant, dinosaurs, cavemen, retarded, because we also have the right to present our ideas and our emotions with respect.”

“There will come a time when the Catholic Church is a minority that will be crushed by the majority,” he warned. “Let us respect each other, without using adjectives or telling anyone they’re sick or disordered.”

“We can spare all the adjectives,” Córdoba said. “We have a noun, and it’s that we’re brothers and sisters.”
Complete Article HERE!