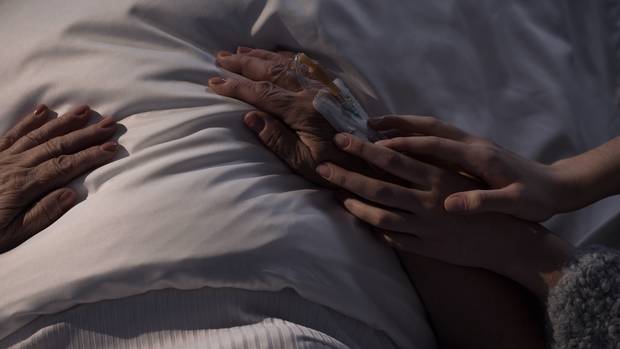 A Vancouver Island doctor is resigning from the ethics committee at a local Catholic hospital because it refuses to offer assisted dying on site, a stand that he says is unnecessarily causing critically ill patients more suffering as they are transferred to facilities dozens of kilometres away.

Jonathan Reggler, a general physician who makes daily patient visits to St. Joseph’s Hospital in Comox, said he knew the facility, like other faith-based hospitals across the country, had developed a “strict” policy of transferring patients asking for assisted deaths.

But it wasn’t until recently, he says, that such patients began streaming into St. Joseph’s – and transferring out – after a federal law came into force June 17 that legalized medically assisted dying for patients whose suffering is intolerable and whose deaths are reasonably foreseeable.

“We’re talking about very sick patients having to be transferred – people who are close to death – and it’s wrong,” Dr. Reggler said.

Patients at St. Joseph’s seeking this treatment must be driven 45 minutes north to Campbell River or an hour and a half south to Nanaimo, Dr. Reggler said.

Jane Murphy, president and chief executive of the hospital, released a statement Tuesday praising Dr. Reggler as a respected and long-standing member of the committee, but she said her institution will continue to refuse to offer assisted dying.

“The B.C. health sector’s response to [assisted dying] allows for individuals and faith-based hospitals to conscientiously object to the provision of [an assisted death], while providing safe and timely transfers for patients for further assessment and discussion of care options, if required,” her e-mailed statement said. “B.C. has effective processes for transferring patients to other hospitals for numerous medical needs, and minimizing patient discomfort and pain is always the highest priority.

“We will respond to any patient who may request [an assisted death] with respect, support, compassion and kindness and will do so without discrimination or coercion.”

After seeing his first of these patients at the hospital recently, Dr. Reggler sent the hospital’s CEO a letter Tuesday notifying her of his resignation from the ethics committee, which reviews ethical issues and research trials at the facility.

He says most of his patients are elderly and – like the staff at the hospital – only a fraction identify as Catholic.

“Unfortunately, policy is made by the bishop, and by the hospital board, and they simply will not change from the stance that the Catholic church has on this issue,” Dr. Reggler said.

Across Canada, Catholic hospitals are, as promised, transferring out critically ill patients who want assisted deaths. Some patients have had trouble finding independent witnesses to their written requests, leading the advocacy group Dying with Dignity Canada to round up volunteers to sign the paperwork; and some doctors are struggling to balance relieving patients’ pain near the end of their lives with the need to keep them lucid enough to consent at the moment of death.

Daphne Gilbert, a law professor at the University of Ottawa, said governments must soon take a stand on whether they will continue funding faith-based hospitals that deny patients a service that the Supreme Court of Canada has defined as their constitutional right

“The Catholic hospitals have put themselves in a tricky position,” she said.

B.C. Health Minister Terry Lake was unavailable for an interview Tuesday, but a spokeswoman sent a statement saying the government is working with faith-based facilities to ensure that “medical assistance in dying is provided in a patient-centred manner.” The ministry is monitoring how different hospitals deliver the service to make sure patients’ wishes are respected, the statement said.

“What I’m expecting and hoping is that other physicians will themselves say, ‘No, this is wrong,’ and will start to make their voices heard in other cities and other provinces across Canada.”