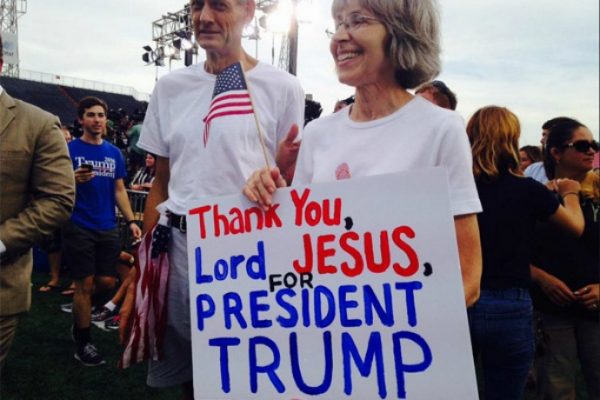 After several years of teaching at a large state school, where my academic work had always focused on race, racism, and religion, I entered into the theological academy. I was making a personal decision, a vocational decision. Nearly ten years ago, I prayed: “God, make me an instrument of your peace.” God answered with a new assignment.

Too often we have demanded that men and women of color teach us both about their own history and about white racism. We have long insisted that unwilling faculty members or church members be teachers when we are too lazy to do the historical and theological work of understanding how racism functions in Christendom. We have cried for more conversation in order to facilitate our understandings of each other, even while always demanding that people of color disproportionately carry the load. But I chose this work. 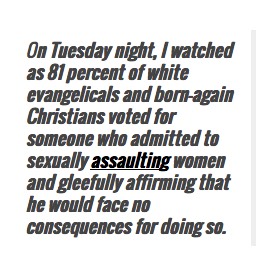 I chose to go into predominately white spaces–sometimes all white spaces–to teach from my areas of expertise. I offered myself as a professor and a mentor, trying my very best to create an atmosphere where tough issues around race or gender or sexuality could be discussed. Some days I succeeded and some days I failed, but I kept trying. More importantly, I traveled this nation, speaking almost everywhere I was invited, but particularly at white churches and schools. I have written for popular media, facilitated workshops, preached, lectured, appeared on television and radio–all in my quest to be a bridge-builder within the body of Christ.

Because I don’t believe that you can live your faith on the sidelines, I entered into spaces I knew weren’t hospitable. I’ve lectured at churches that don’t ordain women, despite being an ordained clergywoman. I’ve spoken to congregations that don’t support LGBT rights, despite my embrace of them. And I’ve been a guest speaker at far too many places that were deeply suspicious of my frank talk about racism and white supremacy in Christian spaces.

Some invited me back, some did not. Some embraced me as a sister in Christ, some probably considered me a heretic. But I’ve been doing the work to which I’ve been called. And I am grateful for the students, colleagues and friends who support me along the way. I am grateful for my welcoming home in the Black church that has sustained me all my life. The work hasn’t been easy, but sometimes a “thank you” note arrives in my mailbox and I weep in my office.

My years in theological education were at the forefront of my mind while trying to understand the outcome of this historic 2016 election, in which over 81 percent of white evangelicals and born-again Christians voted for the president-elect.

Last week I watched as 81 percent of white evangelicals and born-again Christians voted for someone who, on tape, mocked a 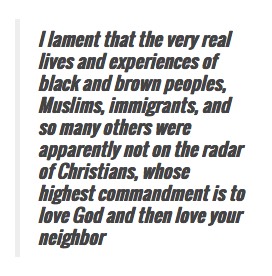 journalist with disabilities, and who, also on tape, lied about mocking that journalist.

I watched as 81 percent of white evangelicals and born-again Christians voted for someone who admitted to sexually assaulting women and gleefully affirming that he would face no consequences for doing so.

I watched as 81 percent of white evangelicals and born-again Christians voted for someone who lies about even the most trivial things.

I watched as 81 percent of white evangelicals and born-again Christians voted for someone who conveniently “found religion” just in time to court a voting bloc, but who could not answer even baby questions about this newfound faith.

I watched as 81 percent of white evangelicals and born-again Christians voted for someone who in his acceptance speech did not mention “God.” Not one time. Not even to thank God for his victory or to suggest that “God bless America.”

I lament that, for white evangelicals, my brothers and sisters in Christ (some of whom have joined me in the work of racial justice), the very real lives and experiences of black and brown peoples, Muslims, immigrants, and so many others were apparently not on their radar. People whose highest commandment is to love God and then love your neighbor.

There are real people on the other side of these lies and racism and misogyny. There are Muslims who face physical assault because of an Islamophobia that is being embraced and celebrated in this country. There are women who are raped or sexually assaulted, and who will never seek justice, since sexual assault has been reduced to merely “locker room” antics.

There are children who will endure bullying, and potentially consider suicide, because of the president-elect’s public behavior of bullying and demeaning those with whom he disagrees. There are African Americans living in fear when someone shouts “Kill Obama” during an acceptance speech and the president-elect fails to shut it down–because black folks know we serve as surrogates for racist rage directed against the president.

As my election night tweet clearly shows, I am left with a crisis. How do I continue to build bridges across racial divides with those who have demonstrated, in overwhelming numbers, that they will partner with a person endorsed by the Ku Klux Klan? Or with those who affirm someone who continues to insist, after eight years, that our current president is not a citizen and is therefore illegally occupying office?

How do I continue to be in Christian fellowship with those who embrace a man still calling for the deaths of five innocent African-American men acquitted of a crime by DNA? How can I believe that racial justice is possible when dealing with those who are quick to forgive the president-elect’s egregious moral lapses, while simultaneously supporting his contention that black and brown youth are inherently criminals deserving of constant surveillance?

As a descendent of enslaved persons my ancestors have been in the United States longer than almost any other group besides American Indians. I am not going to leave the country my ancestors built with their blood and uncompensated labor. And I am a Christian–a faith that was birthed in an African cradle. I am not going to leave the faith bequeathed to me by my foremothers and forefathers. But I will always speak truth from my lived experience as an African American living in a nation in which the structural sins of racism, sexism, and other forms of oppression are clearly evident even in the body of Christ.

Yet I do not know as I write this whether the work to which I have given my career can continue. I do not know if I can continue to pay the cost of being a peacemaker and a bridge-builder with those who refuse to see how their actions have so deeply wounded minority communities. Something has been broken for me; a fragile hope that the work of racial and gender justice will be embraced by the larger church.