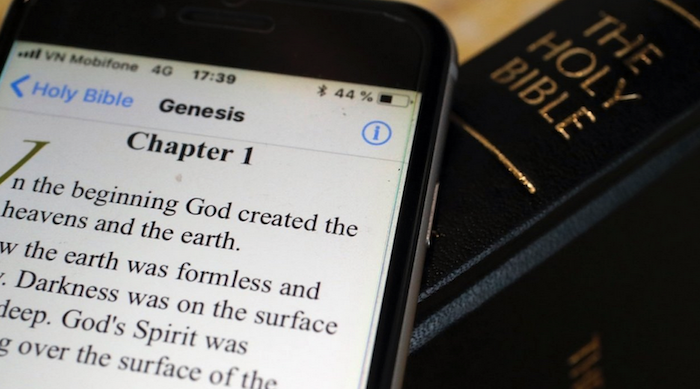 The professor who teaches “Queer Bible Hermeneutics” at Southern Methodist University’s Perkins School of Theology told the College Fix that her course is “always well-enrolled.”

Susanne Scholz, professor of Old Testament at the Dallas-based school, added to the outlet that “students love to study materials that they have never encountered anywhere else in their previous studies on the undergrad level and at the seminary level.”

What is ‘Queer Bible Hermeneutics’ all about?

The course’s website states that it’s focused on the “influence of biblical meanings on hermeneutically dynamic, politically and religiously charged conversations over socio-cultural practices related to LGBTQ communities.””

The syllabus adds that queer hermeneutics is “an increasingly important research area in the academic field of biblical studies” and that the course will help students “understand the hermeneutical, theological, and cultural-political implications of reading the Bible as a queer text and its effects upon church, religion, and society at large.”

In addition, students will “learn to relate their notions about Christian ministry to the social contexts of today’s world and to engage the social, political, cultural, and theological implications of reading the Bible as part of contemporary debates on marriage-equality and the general mainstreaming of LGBTQ issues in Western societies, including churches,” the syllabus also states.

Origins of the course

“Rev. Schaefer’s situation made me realize that I need to teach my seminary students about queer Bible hermeneutics and to equip them to be intellectually, theologically, and biblically educated on the current debates on the Bible and queerness in the church, in academia, and in society,” she added to the outlet.

Scholz also said LGBTQ issues are a primary issue at the school of theology and in the Methodist denomination.

“Right now our UMC students seem to be rather concerned about the ecclesial situation about gay ordination and gay marriage in the [Methodist church],” she added to the Fix, noting that it’s “breaking the hearts of many UMC members, and our UMC students worry about their ministerial future in light of the decision to disallow gay ordination and gay marriages in UMC congregations.”

In February, the Methodist Church adopted the “Traditional Plan,” which continues to exclude “self-avowed practicing homosexuals” from ordained ministry and prohibits clergy from officiating at same-sex weddings.

However, the Perkins School of Theology responded by saying the decision “in no way changes our institution’s historic stance of inclusion.”

“We are a diverse community that welcomes students, staff and faculty — including those who identify as LGBTQIA — from a wide range of traditions and perspectives,” the school’s statement added. “We see our inclusiveness as both an abiding strength and a positive goal.”