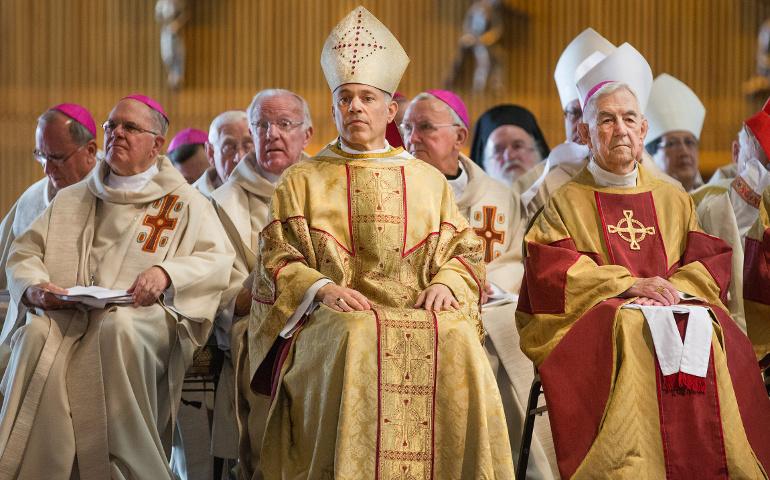 Color me unsurprised. San Francisco’s homophobic gem of a Catholic Archbishop, who’s more concerned with making abortion and gay marriage illegal again than with a silly pandemic, claims that his personal physician has told him he doesn’t need a COVID vaccine.

Maybe the Catholic Church in San Francisco employs physicians who practice Christian Science-style faith healing, but Archbishop Salvatore Cordileone says that his doctor has, bizarrely, advised against him getting vaccinated because, and we quote, “my immune system is strong” and it’s “probably not necessary” for him to get vaccinated. This is odd but hardly surprising given what we know about the man — and all this came out during an interview this week with the Chronicle’s “It’s All Political” podcast in which Cordileone was glad to discuss the conservative-leaning Supreme Court’s likely upcoming overturning of Roe v. Wade.

“The problem is… that too many women have no choice,” Cordileone says, making a circular argument about why women get abortions instead of being pro-life. He argues that many women are lied to in abortion clinics and when they change their minds at the last minute, they’re pushed by clinicians to go ahead and abort their pregnancies.

As for why he’s not vaccinated, Cordileone says, “There are a number of reasons, and from what I’ve been able to learn about the vaccines, and about the dangers of COVID, and talking with my own primary health care physician, I do have a good immune system, and he told me that it’s probably not necessary for me to be vaccinated. He didn’t dissuade me from being vaccinated, but he said it was fine if I didn’t get vaccinated.”

He then goes on to parrot various conservative-pundit talking points, spouting some pseudo-science about how these “aren’t really vaccines in the traditional sense” because they don’t offer long-term immunity from the virus, only temporary protection. And he says something that no scientist has asserted, which is that booster shots will likely be needed “every six months” going forward.

And then he blathers on about how he’s been in multiple situations in which he probably would have been infected if he didn’t have this blessed-by-God immune system, including being in an enclosed space with someone who later turned out to be COVID-positive.

He’s also not concerned about spreading the virus to others unknowingly, because, again, he’s a self-appointed expert and he says that asymptomatic people “very rarely” spread the virus, and he would stay home if he were feeling sick.

Anyway, he’s an asshole! We knew this already.

As ABC 7 notes, after the Pope told all Catholics that getting vaccinated was an “act of love” to our fellow humans, Cordileone issued a statement saying, “I join Pope Francis and the U.S. Conference of Catholic Bishops in advising you to get vaccinated if your doctor recommends it.”

But, he’s still a political animal who’s at odds with most of the residents in the city in which he lives. And he’d rather go with Joe Rogan and Fox News on this.