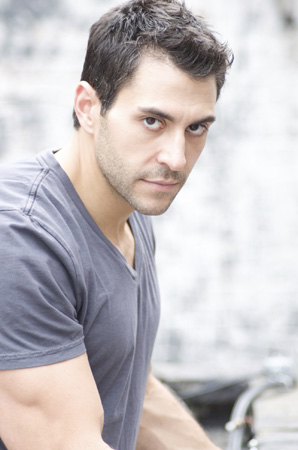 New York, NY (April 3, 2012) Impetus Ensemble is proud to present a special presentation of this ambitious new play set against the backdrop of the Catholic sex abuse scandal.

Based on factual material, “VATICAN FALLS” follows the life of one survivor who struggles with understanding how those closest to him could damage him the deepest. The multi-genre, non-linear play probes the conflicting feelings involved in most sexual abuse situations and dares to confront the truth about the ever-growing scandal and the Church’s complicity in it.

“VATICAN FALLS” was set to have its World Premiere in Rome, Italy, last May but was cancelled the night before opening amidst controversy and claims of death threats. This will mark the first U.S. presentation of the play to an audience since the last workshop in 2010.

Recent headline news reports about the Catholic Church putting legal pressure on SNAP to hand over more than two decades of confidential information has put the group at the forefront of a major battle with Vatican attorneys wishing to silence them once and for all. SNAP is holding steadfast in their efforts to protect the privacy of victims, witnesses–even journalists who have come to them for help in the past. All proceeds from this Benefit will go directly to these brave men and women. We hope to raise awareness about the real facts concerning the scandal and about this very important group that has provided a safe haven for survivors since 1988. SNAP recently filed a lawsuit against the Vatican for crimes against humanity.

Frank J. Avella (Author) recently completed Nemesis, The Mad Ones & Consent, a semifinalist for the O’Neill Playwrights Conference. Consent will be workshopped at the Celebration Theatre in West Hollywood, CA this Fall. Frank is currently working on his 17th full-length play and adapting Consent for the screen. Seven of his works have been produced in NYC (Unhinging, 3 Cains, Michael’s #1 Fan, Lexy, About Christine, The Bubble, Greener); one was produced in Cincinnati (Iris). Frank did his Grad work in Cinema Studies & Dramatic Writing at NYU’s Tisch School of the Arts. He is a film journalist for newyorkcool.com and a proud member of the Dramatists Guild.

Laura Caparrotti has a Master Degree in Performing Arts, Cinema and Theatre History from the University “La Sapienza” in Rome. She also studied with Nobel Prize Dario Fo, among others. After ten years of professional theatre in Italy, she relocated to New York, where she continues to direct and/or perform. She is the Founding Artistic Director of the Italian Theater Company in NY Kairos Italy Theater.