IT is an astonishing thing that historians will look back and puzzle over, that in the 21st century, American women were such hunted creatures. 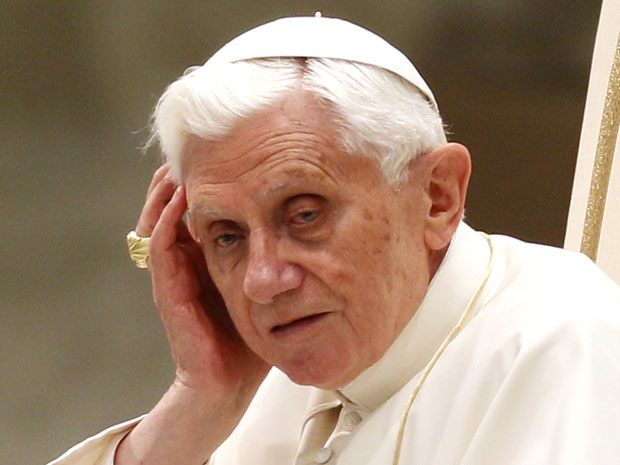 Even as Republicans try to wrestle women into chastity belts, the Vatican is trying to muzzle American nuns.

Who thinks it’s cool to bully nuns? While continuing to heal and educate, the community of sisters is aging and dying out because few younger women are willing to make such sacrifices for a church determined to bring women to heel.

Yet the nuns must be yanked into line by the crepuscular, medieval men who run the Catholic Church.

“It’s not terribly unlike the days of yore when they singled out people in the rough days of the Inquisition,” said Kenneth Briggs, the author of “Double Crossed: Uncovering the Catholic Church’s Betrayal of American Nuns.”

How can the church hierarchy be more offended by the nuns’ impassioned advocacy for the poor than by priests’ sordid pedophilia?

How do you take spiritual direction from a church that seems to be losing its soul?

It has become a habit for the church to go after women. A Worcester, Mass., bishop successfully fought to get a commencement speech invitation taken away from Vicki Kennedy, widow of Teddy Kennedy, because of her positions on some social issues. And an Indiana woman named Emily Herx has filed a lawsuit saying she was fired from her job teaching in a Catholic school and denounced as a “grave, immoral sinner” by the parish pastor after she used fertility treatments to try to get pregnant with her husband.

Cardinal Timothy Dolan of New York recently told The Wall Street Journal that only “a tiny minority” of priests were tainted by the sex abuse scandal. But it’s a global shame spiral. The church leadership never recoiled in horror from pedophilia, yet it recoils in horror from outspoken nuns.

In Philadelphia, Msgr. William Lynn, 61, is the first church supervisor to go on trial for child endangerment. He is fighting charges that he may have covered up for 20 priests accused of sexual abuse and left in the ministry, often transferred to unwitting parishes.

Somehow the Philadelphia church leaders decided that the Rev. Thomas Smith was not sexually motivated when he made boys strip and be whipped playing Christ in a Passion play. Somehow they decided an altar boy who said he was raped by two priests and his fifth-grade teacher was not the one in need of protection.

Instead of looking deep into its own heart and soul, the church is going after the women who are the heart and soul of parishes, schools and hospitals.

The stunned sisters are debating how to respond after the Vatican’s scorching reprimand to the Leadership Conference of Women Religious, the main association of American Catholic nuns. The bishops were obviously peeved that some nuns had the temerity to speak out in support of President Obama’s health care plan, including his compromise on contraception for religious hospitals.

The Vatican accused the nuns of pushing “radical feminist themes,” and said they were not vocal enough in parroting church policy against the ordination of women as priests and against abortion, contraception and homosexual relationships.

In a blatant “Shut up and sit down, sisters” moment, the Vatican’s doctrinal office, the Congregation for the Doctrine of the Faith, noted, “Occasional public statements by the L.C.W.R. that disagree with or challenge positions taken by the bishops, who are the church’s authentic teachers of faith and morals, are not compatible with its purpose.”

Pope Benedict, who became known as “God’s Rottweiler” when he was the cardinal conducting the office’s loyalty tests, assigned Archbishop J. Peter Sartain of Seattle to crack down on the climate of “corporate dissent” among the poor nuns.

When the nuns push for social justice, they’re put into stocks. Yet Archbishop Sartain has led a campaign in Washington to reverse the state’s newly enacted law allowing same-sex marriage, and he’s a church hero.

Sister Simone Campbell, executive director of Network, a Catholic lobbying group slapped in the Vatican report, said it scares the church hierarchy to have “educated women form thoughtful opinions and engage in dialogue.”

She told NPR that it was ironic that church leaders were mad at sisters over contraception when the nuns had committed to a celibate life with no families or babies. Given the damage done by the pedophilia scandals, she said, “the church’s obsession, at times, with the sexual relationships is a serious problem.”

Asked by The Journal if the church had a hard time convincing the flock to follow its strict teachings on sexuality, Cardinal Dolan laughed: “Do we ever!”

Church leaders behave like adolescent boys, blinded by sex. That’s the problem with inquisitors and censors: They become fascinated by what they deplore.

The pope needs what the rest of us got from nuns: a good rap across the knuckles.