The archbishop of Toronto blasts Catholic-school teachers for plans to march in the WorldPride parade.

An association representing Catholic-school teachers in Ontario plans to send a delegation to WorldPride 2014 Parade in Toronto this June, prompting criticism from some church leaders and parents. 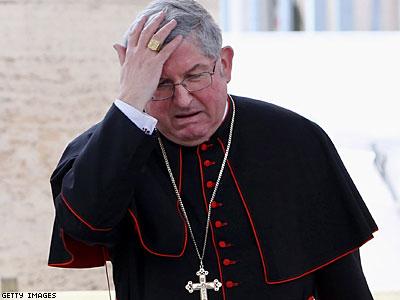 He said those teachers who choose to march “and the OECTA leadership have an inadequate and mistaken understanding of their faith,” according to the Catholic Register.

OECTA’s president, James Ryan, told the publication that openly LGBT teachers, staff, and students may choose to march in the parade, but “there will be no float or anything like that.”

“Certainly some of them will phone me or write letters and I certainly will have conversations with them and explain why our delegates have decided that they want us to be in the parade and what it represents and especially what it doesn’t represent,” he told the Register.

Ryan said that he understands bishops and some parents are unhappy with his group’s decision.

But some parents are speaking out.

A group calling itself Parents as First Educators has circulated a petition calling on the union to change plans, reports the Toronto Sun.

“The concern with this is just that it’s further involvement of the schools in an official capacity with the promotion of ideals that run counter to the Catholic message on homosexuality,” Teresa Pierre, president of Parents as First Educators, told the Sun.

OECTA in the past has supported the pride event with a resolution, but this is the first year it planned to march, prompting the backlash.