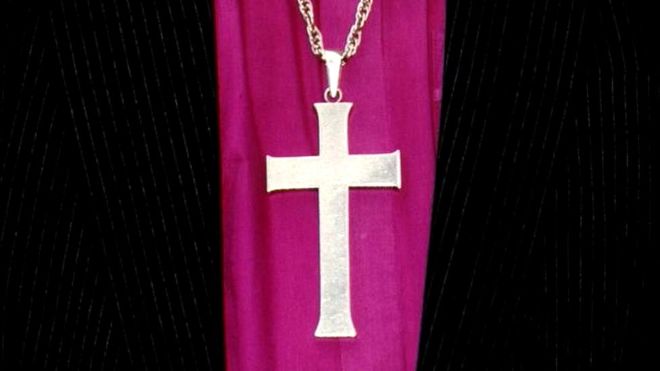 More than 100 senior Anglicans have urged the Church of England to repent for “discriminating” against lesbian and gay Christians.

The demand is made in a letter to the Archbishops of Canterbury and York ahead of a meeting of 39 primates from the global Anglican Communion.

They say the Church must acknowledge members around the world have been treated as “second-class citizens”.

The Church of England says the letter will be discussed at their meeting.

The Bishop of Buckingham and several cathedral deans are among the 105 signatories.

The letter asks the two archbishops “to take an unequivocal message” to the meeting.

It urges them to tell the other leaders that the Anglican Church needs to acknowledge it “failed in our duty of care” to lesbian, gay, bisexual and transgender Christians and “apologise for our part in perpetuating rather than challenging ill-informed beliefs”.

It adds: “We understand that the primates come from a variety of contexts with differing ways of interpreting the scriptures, but we urge you to be prophetic in your action.”

The Anglican communion in Canterbury from Monday is scheduled to last a week.

But BBC religious affairs correspondent Caroline Wyatt said there were fears disagreements over issues of sexuality could lead to a walk out by conservative Church leaders from nations such as Uganda and Kenya.

The rift in Anglican Church over sexuality is even greater than that over women priests and bishops and those against homosexuality on biblical grounds want the liberal wing of the Church to repent over consecrating openly gay bishops and clergy, she said.

The letter was organised by Jayne Ozanne, former director of the Accepting Evangelicals group which campaigns for the rights of gay, bisexual and transgender Christians.

She told BBC News a “line” had been reached.

“It was time to stand tall and actually call the Church back to its roots to reminding them about the fact that we are there to welcome and serve all,” she said.

“We have not treated the gay community as equal members. We’ve actually vilified them.”

The Bishop of Leeds Nick Baines said he had not been asked to sign the letter, but added: “There should be no place for homophobia in the Church or anywhere else.”

However, Michael Nazir-Ali, the former Bishop of Rochester, said he does not agree with the argument that there can be “different interpretations of scripture” on the issue.

“The Bible is clear on many things, including its teaching on human sexuality and the Church has upheld that teaching for 2,000 years,” he said.