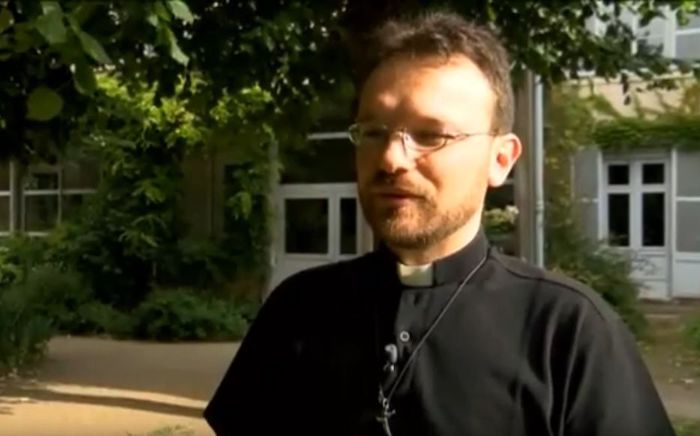 A priest in central France accused of sexually assaulting a minor committed suicide in his church, Catholic authorities said Monday, the second French priest to take his life over abuse claims in a month.

Pierre-Yves Fumery, 38, hanged himself in his presbytery in the town of Gien in the Loire valley. His body was found on Saturday.

The public prosecutor for the area, Loic Abrial, told AFP he had been questioned last week by police about allegations of sexual assault involving a child under the age of 15.

Fumery had not been formally charged but was under investigation because of reports from the community about his behaviour, prosecutors said.

>Orleans bishop Jacques Blaquart, whose diocese includes Gien, called it a “moment of suffering and a tragic ordeal”.

Blaquart said some members of Fumery’s parish had brought attention to the priest’s “inappropriate behaviour” towards children aged 13, 14 and 15, including a girl “that he took in his arms and drove home several times.”

The bishop said the nature of the claims did not require the diocese to report the priest to the authorities and that he had told Fumery to “take a step back”, seek counselling and leave town for a little while.

The priest took his advice and returned to Gien after a short break but had not yet resumed his duties, Blaquart said.

He is the second priest in over a month to commit suicide in similar circumstances.

On September 19, Jean-Baptiste Sebe, also aged 38, hanged himself in his church in the northern city of Rouen after a woman accused him of sexually assaulting her adult daughter.

No formal complaint had been made at the time of his death.

The Catholic Church has been shaken by a string of paedophile scandals over the past 25 years.

The most senior French Catholic cleric to be caught up in scandal is Cardinal Philippe Barbarin, who is to go on trial in January for allegedly covering up for a priest accused of abusing boy scouts in the Lyon area in the 1980s.