David Cameron is facing a backlash from religious leaders after saying he supported plans to legalise gay marriage. 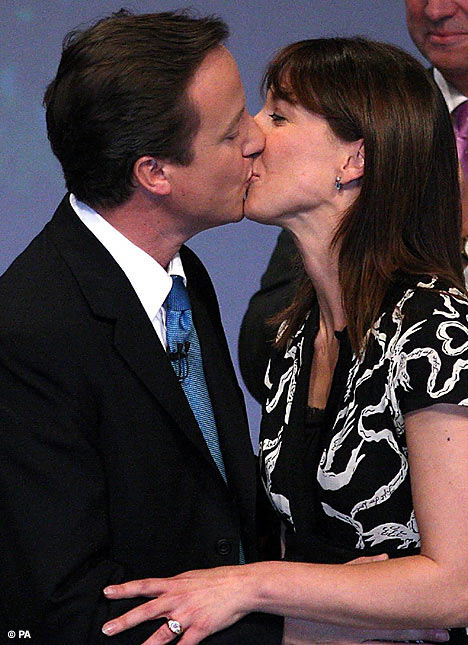 But the Roman Catholic Church in England and Wales and the Church of England are likely to lodge formal objections to the move when the Coalition launches an official consultation next year.

Speaking to the Conservative Party Conference in Manchester, Mr Cameron said: “We’re consulting on legalising gay marriage. To anyone who has reservations, I say: Yes, it’s about equality, but it’s also about something else: commitment.
“Conservatives believe in the ties that bind us; that society is stronger when we make vows to each other and support each other.

Gay couples will be allowed to marry under Coalition plan 17 Feb 2011
Under Coalition reforms, churches, synagogues and other faith centres will be able to host same-sex civil partnership registration ceremonies for the first time, including the use of religious music.

Ministers will begin a separate consultation on whether to redefine civil “marriage” to include same-sex couples in the spring.

The gay rights group Stonewall and other campaigners for homosexual equality welcomed Mr Cameron’s words. Chris Bryant, the Labour MP, who is in a civil partnership, said on Twitter: “I hear Cameron backed gay marriage. If so I warmly applaud him.”

However, the Prime Minister was immediately criticised by Christian leaders.
The Most Rev Peter Smith, the Archbishop of Southwark and one of the most senior Roman Catholics in the country, said the state must not attempt to redefine marriage.

“Whilst we welcome the Prime Minister’s support of marriage, family life and especially the care of children, the proposed redefinition of marriage cannot be right,” he said.
“Marriage by its very nature is between a man and a woman and it is the essential foundation of family life. The state should uphold this common understanding of marriage rather than attempting to change its meaning.”

The Catholic Bishop of Arundel and Brighton, the Rt Rev Kieran Conry, warned that Mr Cameron would not be given “an easy ride on this”.
“I think the Church will have to do something. We can’t just let this slide by and say we are not interested,” he said.
“It is the question of protecting the particular, specific institution of marriage and its specific character as the permanent union of a man and a woman who would then bring up their own children.”

Bishop Conry stressed that the Catholic Church supported civil partnerships, which confer the same rights to gay couples as marriage, because they give better legal protection to individuals in matters including inheritance. However, he questioned the need to allow homosexual couples to use the term “marriage”.

Andrea Williams, director of Christian Concern, said Prime Minister’s attempt to redefine marriage would have “catastrophic consequences” for society. “The complementary union of a man and a woman in marriage is where love, life, stability and the full flourishing of society begins. He ignores this fundamental principle at his peril.”

Dr Dave Landrum, director of advocacy at the Evangelical Alliance said: “In seeking to re-define marriage David Cameron may have kept the coalition happy, but may also have signalled the end of conservatism. If you can’t conserve the institution of marriage, what can you conserve?”