Twenty-one years ago, Scott Anderson had a choice. He could continue to serve as a Presbyterian minister but hide his identity as a gay man. Or he could leave the ministry and live, as he says, “with a sense of integrity” about who he is.

Anderson left the ministry in 1990, believing that door would never open to him again. Now it has. 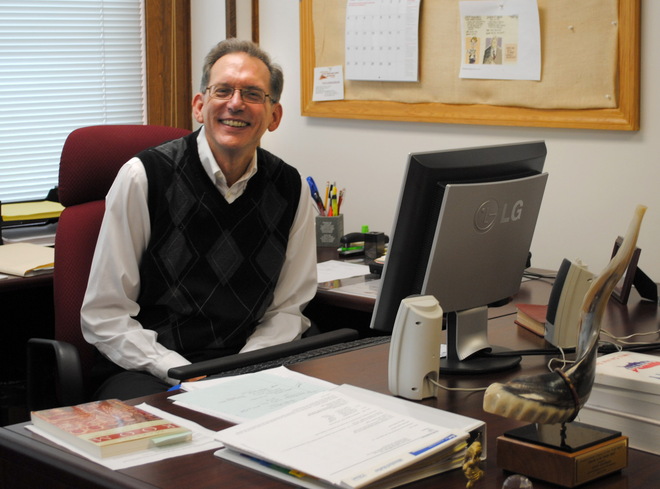 On Saturday, Anderson, of Madison, will become the first openly gay minister ordained by the Presbyterian Church U.S.A. since the denomination amended its constitution this year to allow it.

Hundreds of friends and supporters, and possibly some protesters, are expected to turn out at Covenant Presbyterian Church for what is being called a watershed moment in the life of the denomination. It is also the culmination of one man’s deeply personal spiritual journey.

“I have felt a call from God to serve as a parish pastor since I was a sophomore in high school,” said Anderson, 56, a near-lifelong Presbyterian who has spent the last eight years as executive director of the Wisconsin Council of Churches.

“When I came out and left the ministry, I never thought in my lifetime this day would come,” he said. “This has been 20 years of God surprising me, really.”

Anderson will be ordained this time by the John Knox Presbytery, a group of 60 congregations in Wisconsin, Iowa and Minnesota. Sunday’s service follows decades of rancorous debate in the mainline Christian denomination over the inclusion of gay and lesbian people, and a yearlong legal challenge by a Portage-area congregation that sought to block the ordination.

Supporters say Anderson is profoundly qualified, describing him as a compassionate and deeply spiritual man, a gifted preacher, well-versed in theology.

“Scott’s gifts for ministry were so abundant and clear,” said the Rev. Nancy Enderle, who headed the presbytery committee that oversaw Anderson’s three-year ordination process and recommended him unanimously. She now serves as executive director of Covenant Network, a Presbyterian organization devoted to inclusion of gay, lesbian, bisexual and transgender people.

“He has this tremendous intellect, but also an air of humility and grace,” she said.

Despite the committee’s unanimous recommendation, the broader church and even the John Knox Presbytery remain deeply divided over the issue of gay and lesbian clergy.

“We want leaders to uphold the highest levels of conduct within the denomination,” said Forrest Norman, chairman of the North Carolina-based Presbyterian Lay Committee, which opposes the ordination of gay and lesbian pastors, saying it is inconsistent with Biblical teaching.

“We want people to live in the way God called them to live.”

Gay and lesbian advocates also point to the Bible to support their views.

“The kinds of covenanted, faithful same-sex partnerships we have today simply didn’t exist in the times when the Bible was written,” said the Rev. Mark Achtemeier, who served with Anderson on a national panel charged with helping the church find some consensus around the issue.

“What the Bible writers were condemning were the exploitative, violent, idolatrous behaviors that were going on in the pagan societies all around them,” said Achtemeier, a conservative Christian who now supports the ordination of gay and lesbian clergy and will deliver the sermon at Anderson’s ordination.
Eight years as a pastor

Anderson grew up near Sacramento, Calif., in a conservative Christian family that joined the Presbyterian Church when he was a teenager. He attended Princeton Theological Seminary, where he realized he was gay, and spent eight years pastoring churches in California until he was outed by a couple in his congregation in 1990.

Anderson calls the meeting where he told church members the truth about who he is “the best and worst moment of my life.”

The congregation responded with tears and a standing ovation, he said, and weeks later: a check that would cover two years of graduate school.

Anderson picked up a master’s in public policy, assuming he’d end up in the vast California state government bureaucracy. But a part-time post with the California Council of Churches set him on a career path that would bring him to Wisconsin – with his partner of now 20 years – in 2003.

Along the way, he remained active in the Presbyterian church, including working to overturn the church’s 1978 prohibition against ordaining gays and lesbians.

“I think part of my call from God was to stay,” said Anderson, who’s had offers to leave for other denominations.

He was the only openly gay member of the national task force that unanimously recommended, among other things, a way for presbyteries to ordain gays and lesbians.

In 2006, the church resurrected a 200-year-old practice known as “scrupling,” which allowed a candidate to state his objection to a particular church teaching, and the presbytery to decide whether that objection was enough to bar ordination.
Finally a chance again

That was the crack in the door for Anderson to begin the three-year ordination process. The John Knox Presbytery approved him 81-25, but a dissenting congregation filed a complaint to block it in the church’s legal system.

By the time the high court took it up this summer, it was moot. The national church had voted in 2010 to change its constitution to allow gay and lesbian clergy, and it was ratified by a majority of presbyteries in July.

The door was now fully open to Anderson.

At his ordination, Anderson will receive the pastor’s stole he wore at his last church in California. He had given it to the Shower of Stoles project, a commemoration of the gifts lost to the church by the barring of gay and lesbian clergy.

For now, he’ll stay at the Council of Churches, which serves as a resource and advocacy arm for Christian congregations around a host of social and economic justice issues.

But his hope is to one day return to the parish ministry.

“I have probably 10, 12 more years of ministry left,” he said. “And whether that’s here or in a local parish, I’ll have to wait and see what God has in store for me.”