The seminarian accused of trying to lure young girls and women into his car last week is free on bail and intends to fight hard against allegations he offered alcohol and money for sex. 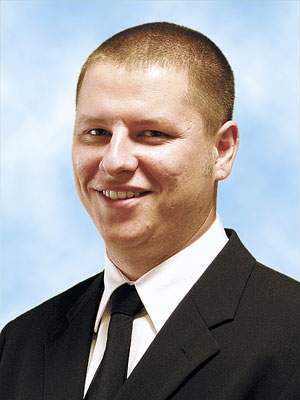 However, Marcin Burek, who was studying for priesthood at The Church of St. Catherine Laboure’ will not return to his studies with the charges hanging over his head.

“Mr. Burek will not be residing in a parish setting while these charges are being resolved,” said Rayanne Bennett, communications director for the Catholic Diocese of Trenton. “No decision about his future will be made at this time.”

Burek, 27, was arrested last week on charges of trying to lure four females, between the ages of 13 and 19, into his car by offering them alcohol and $10 for sex, according to police and complaints against him. The native of Poland, who has an address listed in Perth Amboy, has retained a lawyer and intends to clear his name of the allegations.

“He adamantly and vehemently denies all of the charges,” said Edward Bertucio, of the Eatontown-based Hobbie, Corrigan and Bertucio law office, “and through this firm he is mounting a thorough and aggressive defense of this matter.”

Bennett said the church, in the meantime, has had “several discussions” with the Monmouth County Prosecutor’s Office, which is now involved in the case, and “have pledged our full cooperation.”

The diocese is required to run a criminal background check on its incoming seminarians, Bennett said, and Burek, who is here on a student visa, was clear of any criminal past.

“We are looking forward to our day in court,” Bertucio said.