File under: The Real (and only) Christian Response

South African social rights activist Desmond Tutu says he would rather go to hell than worship a homophobic God. 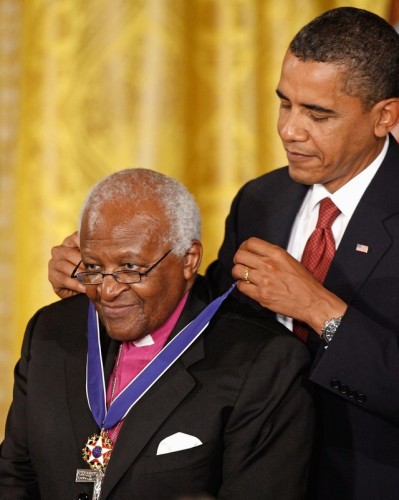 The 81-year-old Nobel Peace Prize laureate told the launch of a UN “Free and Equal” campaign in Cape Town that there’s no religious justification for anti-gay prejudice.

“I would refuse to go to a homophobic heaven,” Tutu said. “No, I would say sorry, I mean I would much rather go to the other place… I would not worship a God who is homophobic and that is how deeply I feel about this.”

He added: “I am as passionate about this campaign as I ever was about apartheid. For me, it is at the same level.”