Formally speaking, the second edition of the Synod of Bishops on the family is just starting up today. Judging by the flurry of activity in Rome, however, with activists and advocacy groups of every stripe pushing their agenda, it feels like the debate is already well underway.

So, too, are the tensions this synod seems destined to release. 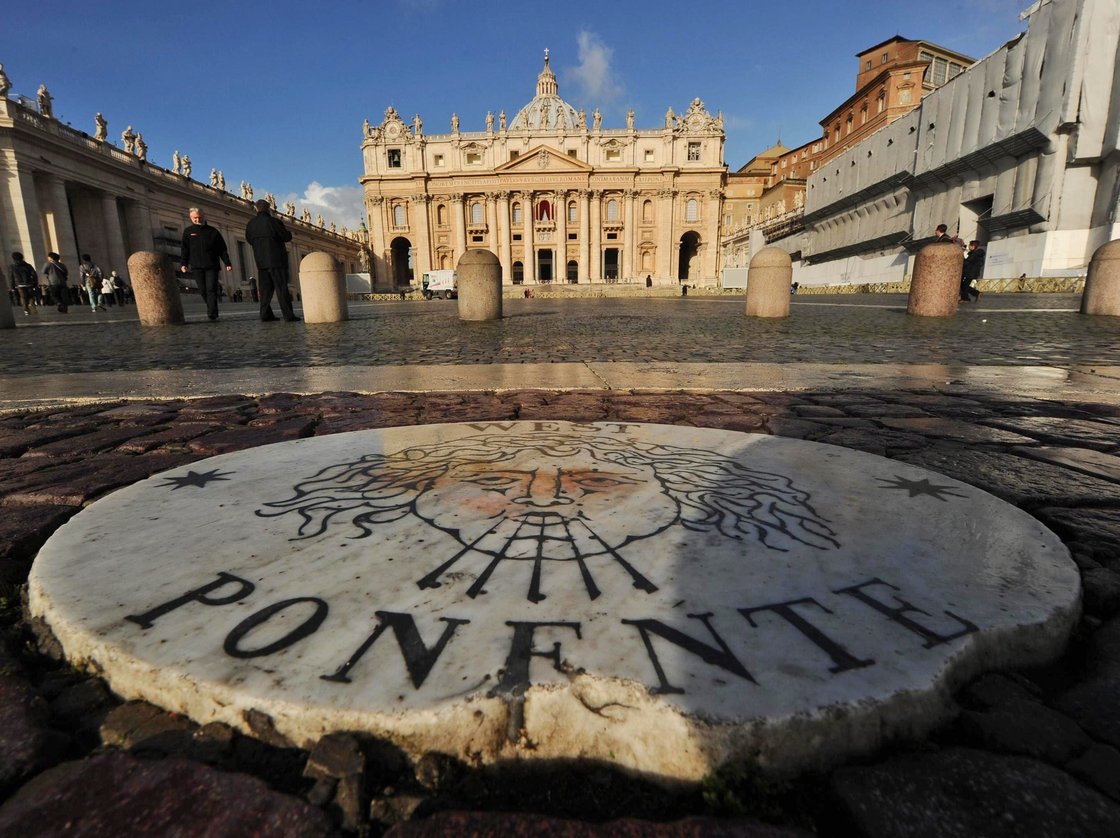 On Saturday at noon in Rome, for instance, a Polish priest named Monsignor Krzysztof Charamsa, a minor Vatican official in the Congregation for the Doctrine of the Faith, gave a press conference to announce he’s gay and happily in love with a man called Edward.

In statements to the Polish media on Friday, Charamsa said gay Catholics were “persecuted by the Church” and that the Church doesn’t have the moral authority to deny gay people their right “to love and get married.”

As he was giving his news conference, a Vatican spokesman released a statement calling his actions “irresponsible.”

“Notwithstanding the respect due to the events and personal situations,” said the Rev. Federico Lombardi, Charamsa’s outspokenness “appears very serious and irresponsible, since it aims to subject the synod assembly to undue media pressure.”

Lombardi also said that Charamsa will no longer work in the Vatican.

In the synod’s working document, homosexuality is addressed in three basic points:

Some see that language as too progressive, others as not going far enough, and both sides have organized conferences in Rome this week to make their perspectives known.

On Friday, the Dominican-run Pontifical University St. Tomas of Aquinas, better known as the Angelicum, was home to the “Living the Truth in Love” conference, featuring two prominent cardinals: Australian George Pell, tapped by Francis as his financial czar, and Robert Sarah of Guinea, who heads the Congregation for Divine Worship.

Since they each head a Vatican office, both prelates will participate in the synod.

The second took place on Saturday and was organized by the Global Network of Rainbow Catholics, held at the Centre for Pilgrims Santa Teresa Couderc.

Living the Truth in Love

Intended to support traditional Church teaching on homosexuality, and issuing an invitation to chastity both for members of the LGBT and heterosexual Catholics, the “Living the Truth in Love” conference was sponsored by Courage International and Ignatius Press. Beyond the two cardinals, it featured three celibate gay people, two men and a woman, who said they had been “accompanied back to the faith” by Courage.

Pell said he expects the synod to hold the line.

“I expect from the synod confirmation that the teaching of Christ and the Church is based on love, compassion, forgiveness, and that the love of God is channeled through the Ten Commandments,” he said while talking to members of the press.

“I would expect that the teaching of the Church will be re-stated beautifully, sympathetically, and that it’ll reinforce the image that the Church is there for all people, and that we’re reaching out to help them in a way that is effective in the long term,” Pell said.

Those who shared their experiences at the conference agreed.

“We can’t sacrifice Christ’s teachings to the pressures of society and culture,” said Rilene Simpson. “It’s important that we find ways to minister to people, but always bringing them closer to Christ and his teachings.”

Simpson was introduced to the gay life early on, she said, by a chorus member.

“That relationship didn’t work out, but it made me question if I was a lesbian,” she said. She then cruised several gay bars until she met Margo, who would become her stable partner. They were a couple for 25 years, even having a “commitment ceremony” on their 15th anniversary.

She said she’s been “back to the Church” and living a chaste life for the past six years.

“I think it’s important that Catholic people who experience same-sex attraction know that there are other people out there who’ve figured out that the gay life doesn’t really work that well,” she told Crux. “There’s a lot of drama and trauma.”

In his opening remarks, Sarah agreed with Pell on the need to protect the Church’s teaching, promising a “united front” from the African prelates.

Sarah, who recently published a book called “God or Nothing” that’s being translated into eight different languages, criticized the advances of “gender theory,” a concept that Pope Francis has described as “an error of the human mind” and compared to nuclear weapons.

In a nutshell, gender theory presupposes that one’s gender should be a matter of personal choice.

“The Church excludes the dubious interpretation grounded on the vision of the world according which sexual identity can be infinitely adapted to new and diverse options,” Sarah said.

Paul Darrow said he began exploring his homosexuality when he was 12, and by the age of 15 he was already a well-known and highly pursued young boy in the beaches of Miami. He soon became a model, traveling all around Europe and the United States.

“I eventually realized that I wasn’t only mocking her for what she was saying, but also for her looks, and her stroke: she had a patch in one eye, and half of her face was falling down,” he said.

He was describing the conservative Mother Angelica, from EWTN.

“Eventually, I started tuning in to listen to what she had to say. She talked about that which I needed the most: truth and love,” he said.

For a while, he had to hide his new-found faith, “because I was still living a gay life, all my friends were gay, and if they knew I was watching a Catholic channel they’d think I’d lost it.”

Asked about what motivated him to come to Rome and share his testimony, Darrow said he “feels obligated, moral and spiritually, to share the joy and happiness that I have with others.”

The rival conference on homosexuality took place on Saturday and was sponsored by the Global Network of Rainbow Catholics. It’s billed as bringing “LGBT voices to the synod,” and is intended to foster “inclusion, dignity, and equality for LGBT people, their parents, and families in the Catholic Church.”

Sister Jeannine Gramick of the Sisters of Loretto, co-founder of New Ways Ministry, was part of the panel of Snapshots of Pastoral life. She’s been ministering to LGBT people since 1971, and has also been “an advocate, a public voice for those who are afraid to express themselves, like that gay priest who spoke today.”

In the late 1990s she was the target of a Vatican investigation that triggered an order from the Sisters of Notre Dame, her congregation at the time, to stop speaking publicly on homosexuality. She refused and eventually transferred to the Loretto sisters.

Regarding the synod, Gramick told Crux that her “highest expectations would be that gay and lesbian people would be included totally into the Church, and that would include welcome to all the sacraments, including marriage.”

She believes that even though the Catholic Church does teach about the dignity of the person, the message is sometimes muddled because of what the “official Church” says about sexual activity and the ethics of sexual activities.

She wants the Church to not look at the ethics of a sexual relationship from a point of view of the acts, but of that of the person: “love, commitment, care; that’s what makes a relationship an ethical one.”

“The important teaching of the Church is the social teaching. The sexual teaching is a teaching, but it’s subject to revision,” sister Gramick said. To her, the Church’s teaching on marriage tied to procreation and love is “inconsistent” because Catholicism also blesses heterosexual unions that can’t procreate, such as couples that are too old to have children.

Also among those speaking at the conference was Mexican Bishop Jose Raul Vera, who in 2010 was reprimanded by the Vatican for asking the priests in his diocese to welcome gays and lesbians.

Talking to the press, Vera said the Church needs a “change in language” when referring to the LGBT community because as it is, it “brings people to define a homosexual as a sinner, degenerate and promiscuous. I think we have to temper our language.”

Asked if he was in favor of same-sex marriage, he said that’s something for the Church to decide.

He has little faith regarding serious changes in the Church’s approach to the LGBT community as a direct result of the synod, but believes that in time, things could change.

“Francis is talking about existential peripheries, going out to meet the people who are being persecuted and damaged,” the bishop said.

Dario de Gregorio is a member of an Italian LGBT group for Christian people. He’s a Catholic, married another man in Canada, and is one of the organizers of the conference.

He told Crux that when it comes to the faithful, he’s always felt welcomed, but is often uncomfortable with the hierarchy. He hopes to see a change in the Church: “a respect, not only for people, because it’s already there, but also for their relationships.”

“The Church is completely welcoming me as a homosexual,” de Gregorio said. “It’s not accepting me as an active homosexual.” He’s in a long term, committed relationship, however, he said, “we’re sinners with no possibility, because we can’t repent.”

Asked about Pope Francis, de Gregorio defined him as “a traditional conservative who speaks the language of the Gospel, which is one of love and acceptance, building bridges and not walls.”

“He’s leading an enormous entity, with numerous voices, and he can’t hear it apart, because if he embraces an extreme position, he risks dividing the Church, so I understand him.”