According to a list of names published by Vatican commentator, Sandro Magister, the letter was signed by thirteen cardinals. But four of the men mentioned – Scola, Vingt-Trois Piacenza and Erdö – denied signing the document. The incident underlines the importance of Francis’ call for this “hermeneutics of conspiracy” to stop 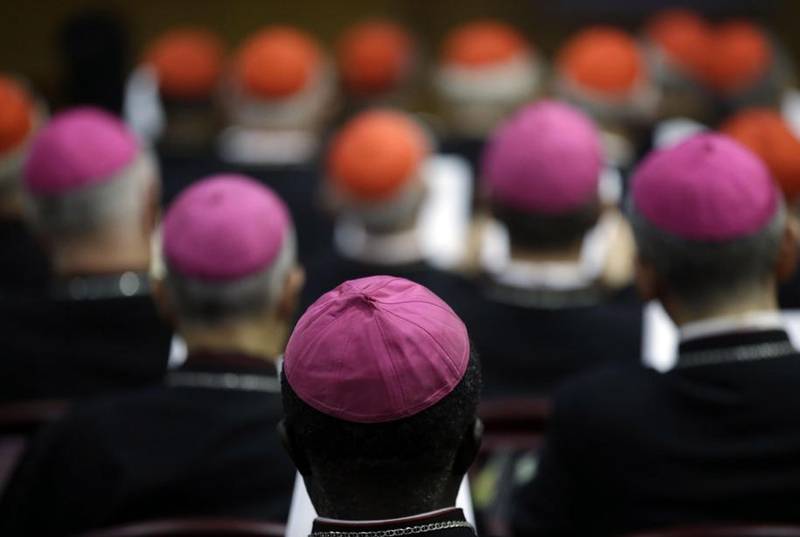 Thirteen cardinals – Synod Fathers – are said to have sent a letter to Pope Francis, expressing their doubts about the procedures followed in the current Synod on the family and raising fears of piloting with the aim of obtaining “predetermined results”. The cardinals were apparently especially keen to know about the composition of the commission tasked with drafting the concluding text. They asked that the rapporteurs of the language-based discussion groups be elected, not nominated (the possibility of having non-elected was nominees was wafted about by some media circles on the eve of the Synod but it was never considered seriously).

But four of these figures denied their names were on the letter sent to the Pope. The Archbishop of Milan, Angelo Scola’s spokesman issued a statement on his behalf, confirming that he had signed no such letter. Later, the Archbishop of Paris, André Vingt-Trois, also denied having signed the letter, in a statement to French Catholic newspaper La Croix’s Vatican commentator. Then, in the late morning, the Major Penitentiary Cardinal Mauro Piacenza also denied signing the text. In a statement to Vatican Insider, he said he had not signed the letter, nor was he invited to do so. In the early afternoon, the General Rapporteur of the Synod, Cardinal Péter Erdö, also said his signature was not on that letter. Following each of these statements, Sandro Magister removed the signatories’ names from the list in his article.

In their letter, the cardinals – who gave their assurance that their concerns were shared by other Synod Fathers too – criticise the Instrumentum laboris, the Synod working document, stating: “it also has sections that would benefit from substantial reflection and reworking”. They criticise “the new procedures guiding the synod seem to guarantee it excessive influence on the synod’s deliberations and on the final synodal document”.

“The new synodal procedures,” the letter reads, “will be seen in some quarters as lacking openness and genuine collegiality”. Although the cardinals do not mention specifically which “quarters” they are referring to, it is clear that these doubts are their own.  “In the past, the process of offering propositions and voting on them served the valuable purpose of taking the measure of the synod fathers’ minds. The absence of propositions and their related discussions and voting seems to discourage open debate and to confine discussion to small groups; thus it seems urgent to us that the crafting of propositions to be voted on by the entire synod should be restored. Voting on a final document comes too late in the process for a full review and serious adjustment of the text.”

In another paragraph of the letter, cardinals write: “the lack of input by the synod fathers in the composition of the drafting committee has created considerable unease. Its members have been appointed, not elected, without consultation. Likewise, anyone drafting anything at the level of the small circles should be elected, not appointed.”

In turn, these things have created a concern that the new procedures are not true to the traditional spirit and purpose of a Synod. It is unclear why these procedural changes are necessary. A number of fathers feel the new process seems designed to facilitate predetermined results on important disputed questions.”

Finally, cardinals express their “concern that a synod designed to address a vital pastoral matter – reinforcing the dignity of marriage and family – may become dominated by the theological/doctrinal issue of Communion for the divorced and civilly remarried. If so, this will inevitably raise even more fundamental issues about how the Church, going forward, should interpret and apply the Word of God, her doctrines and her disciplines to changes in culture.”

The Secretary General of the Synod, Cardinal Lorenzo Baldisseri and the Pope himself responded to this letter in the Synod Hall the following day. Baldisseri explained that the signatories were off the mark in the comments about procedural changes to do with the commission in charge of drafting the final document and about the appointment of rapporteurs in the circuli minores.

Regarding the first objection, Baldisseri explained that until the Extraordinary Synod of 2014, three or four people from the General Secretariat had been in charge of writing the final document. It was Francis who wanted to expand this task, assigning one Synod Father from each continent. The commission was never elected by the Synod Fathers. In addition, the prediction some media circles close to the signatories made about the failure to elect rapporteurs and moderators from the language-based discussion groups (circuli minores), proved to be mistaken. As in 2014, the rapporteurs and moderators of the circuli minores, were elected by the Synod Fathers and not appointed. And the reports issued by these circles were published in full like last year.

Readers will recall Francis’ reference to a “hermeneutics of conspiracy”, defining it as “sociologically weak and spiritually unhelpful”. In other words, it is exactly the opposite of what the Synod Fathers are called to do and all these suspicions about conspiracies and plotting needs to stop. His words were welcomed with applause.

The Pope pointed out that “Catholic doctrine on marriage has not been touched, no one called it into question in this assembly or in the Extraordinary assembly. It has been preserved in its integrity”. He also urged Synod Fathers not to let themselves “be conditioned or limit” themselves, “seeing the question of communion for remarried divorcees as the only problem”.