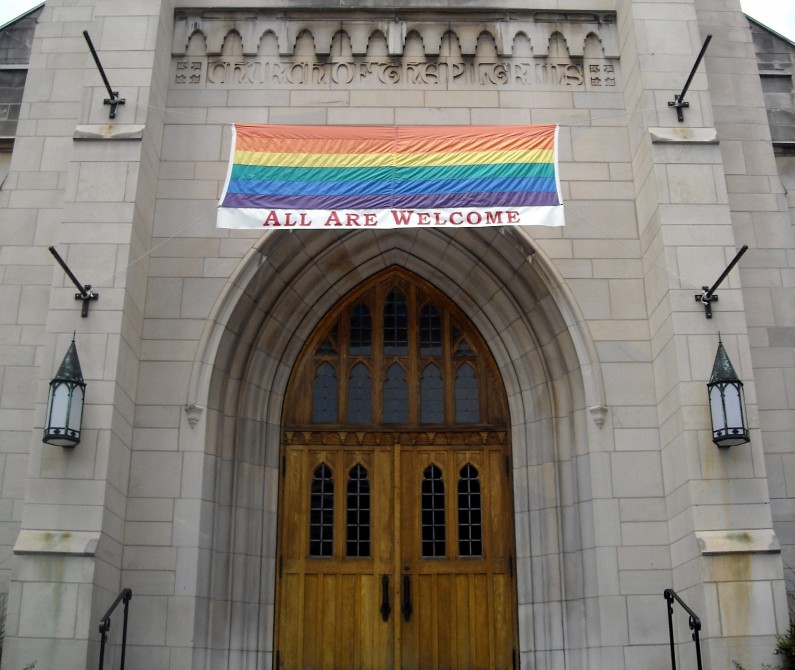 Seamus O’Boyle was leader of London’s gay Catholic Mass for six years, until it came to an end under pressure from the Vatican in 2013. Now a parish priest in the borough, Monsignor O’Boyle speaks to Michael Cox about the bittersweet feeling of helping a hurt community which was again cast aside, and the changing attitudes of the Church to LGBT people.

In April 1999 neo-Nazi David Copeland, known as the London Nail Bomber, killed three people in the Admiral Duncan Pub on Old Compton Street, at the heart of London’s gay community.

“After the pub bombing in Soho where people got killed, there was a group of gay Catholic men and women who wanted somewhere to pray,” says Monsignor Seamus O’Boyle. But the Church’s teachings forbade this.

“They started gathering together in an Anglican church to have Catholic Mass. That was a bit of an anomaly really, to put it mildly.”

Eight years later Mgr O’Boyle was Vicar General, a senior position in the Church which made him responsible for every priest in London. He had an opportunity to do something.

He decided that after what the community had suffered, he wanted LGBT Catholics to worship in a Catholic setting.

“The move was to try and make sure this was happening in a Catholic parish instead, and that it was open to everyone.

“We looked for a church and it was decided that we would use Our Lady of the Assumption on Warwick Street in Soho. I was appointed as the parish priest so I was responsible for what went on, in the sense of having an oversight of what was going on there.

“I was blamed for it all, being reported to Rome every five minutes.

The blame came from more conservative Catholics who did not want to see homosexuality being publicly welcomed by the Church. The furore over an officially sanctioned gay Mass began immediately.

“It was a wonderful thing to be able to reach out to that community. It was a very hurt community by the Church, and yet there they were wanting to be part of it. I think we did a very good thing by allowing that to happen, but others didn’t feel that way.

“More traditional Catholics didn’t like it much. There was a group who used to meet outside and protest, saying the rosary. It was just horrendous, really. And then writing every five minutes to Rome to tell them that we were doing this atrocious thing. All kinds of ministry of disinformation, it was awful.

“Sometimes the group didn’t help by reacting in a bad way to some of the criticism and trying to reign them in a bit was not always easy. The group meeting outside was always invited in, you know, ‘come in and see that we’ve not got two heads’.

“Actually it was a very traditional celebration of mass, just that there happened to be a lot of musicians…

“To go to a Mass on a Sunday evening and have 150 people there who wanted to be there and participate in that way was just extraordinary. It was causing more and more trouble, every five minutes there was another complaint so the Archbishop wanted to find a different way of operating it.”

The Archbishop at the time was Vincent Nichols, and as leader of all Catholics in England and Wales he was responsible for dealing with the Vatican and, ultimately, the Pope.

He shut down the Soho Mass in 2013, saying it conflicted with the church’s teachings on sexuality.

Archbishop Nichols told the BBC at the time: “The moral teaching of the Church is that the proper use of our sexual faculty is within a marriage, between a man and a woman, open to the procreation and nurturing of new human life.

The Mass was moved out of the jurisdiction of the Archbishop into a Jesuit church on Farm Street in Mayfair, where it has continued.

“A number of the Jesuit priests were involved in the Soho masses so it seemed like a natural progression,” says Mgr O’Boyle. “It’s still thriving.

“The problem with Warwick Street was it is a very tiny community, so that particular group swamped it. Farm Street is a much bigger community so to get them to mix has worked well. It means they’re not the only thing that’s happening.”

Mgr O’Boyle believes that despite initial approval from the Vatican, the Archbishop came under increasing pressure from the top of the church to end the LGBT Mass.

“Every step along the way, there was discussion with bishops, then Rome was involved and they were notified about what was going on. They were informed about it, it wasn’t like we were doing anything behind anyone’s back. But it wasn’t appreciated by everyone.

“[Archbishop Nichols] would go to meetings in Rome in all he would hear about was who had written to complain about Soho Mass, it became ridiculous and out of proportion. He was irritated by the reaction from Rome, so it was a neat way to bring it to an end at Warwick Street.

“And then I moved from there to here in Islington.”

Mgr O’Boyle thinks the attitude to LGBT people in the Catholic Church is changing, a shift largely driven by the actions of an unusually liberal Pope.

“Pope Francis has given people hope that the church doesn’t seem quite so judgemental or dictatorial about things.

“He was interviewed [about homosexuality] and famously said “who am I to judge?” To hear a Pope say that when others seem to have been very judgemental and harsh was a real sign of hope for the LGBT community I think.

“He’s trying to modernise the church but he’s up against it. He needs to do it, which I think is why he’s right for his time.

“He doesn’t care what he does really which is great – he’s the Pope isn’t he? He can do what he likes.

“I think there are those who would like to stop him doing what he’s doing – the establishment would. Centuries-old structures of bureaucracy are not easy to break down.

“But I think he’s been a breath of fresh air for the Church.”