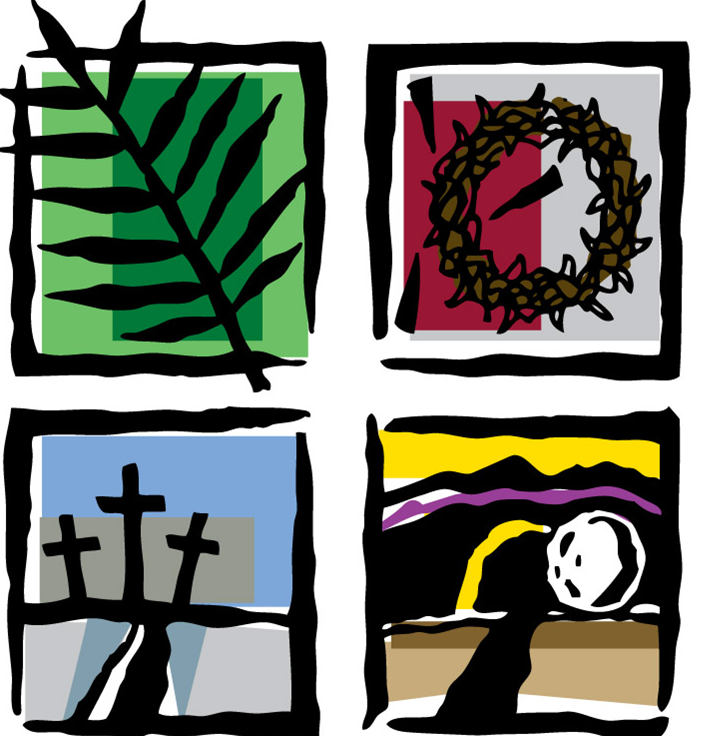 I have written queer theology for the last 27 years, and I now write about a period of 8 days, the queerest days that I can imagine. I am speaking from the moment that Jesus arrives in Jerusalem on a donkey to God’s resurrection of Jesus from the death.

Now let me dispel a notion: I am not writing about LGBTQI concerns, they are included but not the focus this morning. Queer theory and queer stories focus usually on LGBTQI concerns and inclusion in history, but I am speaking about God’s dream for life and humanity, and that dream is very queer. It is God’s unconditional grace and love for creation and all life.

Let me define queer for a moment. To “queer” is to interfere or disrupt. It is to transgress exclusive categories, notions, boundaries, and all boxes. I queer Christianity because it has remained exclusive, often violent and oppressive of someone or some life. Queering exclusiveness is to interfere and spoil exclusiveness and make it more inclusive.

My colleague and friend Rev. Dr. Patrick Cheng, understands queering as eliding dualism. Dualism is a destruction form of binary thinking used by dominant theologies, church leaders and politicians. It separates the world into male and female, culture and nature, the have and have-not, human and non-human, and so. For Patrick, God’s love is queer because it elides such thinking and behaviors. Dr. Justin Tanis comprehends queer as dawn or dusk, that liminal or ambiguous space between night and day. My deceased theologian and friend speaks of indecent and perverse. In Luke’s gospel, the Temple high priests bring a charge against Jesus before Pilate: “This man has perverted the nation.”

I have engaged with God’s Christ in Jesus of Nazareth. God, Christ, and the Holy Spirit have made me “queer” and more so over time. I describe myself as “a queer seeker of God and disciple of an even queerer God.” Jesus laid the foundations of ministry and message of the companionship of empowerment or kindom of God as a “topsy-turvy and upside-down kindom. He opens God’s table to everyone and upsets nearly every religious Jew of his time. Just listen to the parables of Jesus—the Good Samaritan, the prodigal son, the mustard seed, the baker woman who sneaks leaven into 50 pounds of flour, and so on. They provoke and disrupt religious exclusivism that reserves God’s grace and favor for the chosen “holy.”

The story Jesus told them turned their world upside-down,
Bombarding every certainty they knew.
The boundaries were disrupted,
Their sacred creeds corrupted,
Every hope they had constructed,
Was questioned to the core!
By the story ended,
Stretching meaning so distended,
What they had known for long before.

O’Murchu speaks about Jesus’ parables. But what if we understand the gospel stories of Jesus as a parable about God? God is queering in the story of Jesus on a massive and unprecedented scale, not since the big bang. God has incarnated in a human being—such a queer and scandalous notion. God is queering and communicating a thoroughly queer and radically inclusive love. All are beloved—all humanity, all life, and all creation. No on is left behind or out.

Let me point out the queer highlights of this week:

For Jesus, God was a king unlike all kings and rulers. God’s rule was “queer,” meaning “not fitting in, strange, at odds with, out of place, disruptive, blasphemous, revolutionary, dangerous, outside the box, or my word “mischievous.” It is a topsy-turvy non-ruling but luring us through unconditional gift and love. God’s strategy is never coercive but always luring us through unconditional grace and love.

The Temple high priest and his colleagues brought Jesus before Pilate with the charges: “He perverted the nation.” Here “perverted” means inverting religious values, hierarchies, breaking all sorts of purity codes and religious laws for the sake of compassion. Jesus was always out of place; a peasant was meant to be quiet and subservient to the rulers of the Temple. Jesus spoke out compassion and was not afraid to break religious rules to extend God’s compassion.
Let’s examine today’s gospel a little more carefully. Unfortunately, the distribution of palms on Palm Sunday has become a spiritual blessing for us today. Many Christians tie up their palms into a bow and hang the palm crosses in their homes. And I am not opposed to anyone doing so if you determine to ask God to make you a bit queerer. But Palm Sunday has a deeper meaning than just the palms. Jesus rides on donkey into Jerusalem accompanied by a ragtag group of male and female disciples.

Jesus enters Jerusalem or to use biblical scholar Warren Carter’s phrase “making an Ass of Rome:” The conflict between Jesus and Pilate begins the day that Jesus enters in Jerusalem on the back of a donkey and praised as the “Son of David.”

Roman entrances into city were always triumphant. No red carpets, but soldiers trumpeting, followed by cadence war drums sounding the entrance of the conquering hero. In this case, it was Pilate who represented the triumphant Roman Empire and Emperor Tiberius. Days before Pilate rode on a war horse from the sea resort of Caesarea followed by marching his Roman legionnaires with standards, Pilate entered Jerusalem as conqueror and made it clear to the populace that the Rome was in charge of their city and their lives. They paraded and displayed extravagantly the power of Tiberius Caesar and Rome. It communicates Roman greatness and military power, reminding the crowds that they were conquered by the powerful Roman legions—the greatest power in the world blessed by the Gods. Augustine was the true Son of god Apollo, and the savior of the world.

But Jesus intends to literally make an ass of Pilate and Rome. He choreographs his own dramatic and symbolic entrance into Jerusalem. He queers some of the Roman ritual entry or rather mischievously reframes them as symbolic challenges. His entrance into Jerusalem reminds the Jews of their religious history in which God enters the holy city to serve, not dominate. He chooses an ass, not a war horse in which Pilate rode into the city. Matthew remembers the line from the prophet Zechariah: “Tell the daughter of Zion, your king is coming on an ass”(9:9). The rest of the verse states that your king comes triumphant and victorious, and humble riding an ass.

Jesus is recognized not as a king but more likely anti-king. He teaches humility, non-violence, compassion and love, forgiveness, and peace-making, empowerment through mutuality and service, not conquest and domination. God’s community is constituted by a new a kinship as children of God—not be wealth, prestige, gender, or ethnicity. It is constituted by God as Abba, our parent in love with all and equally. And God lives within us and in our midst.
Another example of this last week of Jesus’ life that reveals God’s queer activity among people as empowering mutual companionship is the Last Supper. Companionship is created when we share food together, and we eat with God in our midst. Companionship was based on exclusion but gathering together to eat with God and one another.

I want you to remember the video from Centering Prayer this morning, Eating Twinkies with God. https://www.youtube.com/watch?v=y9N8OXkN0Rk It expresses the incarnational vision of the Last Supper and Jesus’ ministry of eating together with God and finding God present.

There is no question that for Jesus the Last Supper had to be open and inclusive. I cannot accept the readings of the Last Supper as an exclusive meal. It goes against the very queer nature of who Jesus was and who God is. People from the highways and byways were to be invited into the meals. It was populated with diversity: outcasts, prostitutes, abominable people, tax collectors, those folks that terrify Pharisees and Christians alike. He did not moralize, berate them how to change their lives, or threaten them that could not share the table if they did not change their ways.

In Christianity’s Dangerous Memory, Diarmuid O’Murchu describes Jesus’ parables, healings, and ministry. The description is equally applicable to his meals and his to Last Supper:

They defy the criteria of normalcy and stretch creative imagination toward subversive, revolutionary engagement. They threaten major disruption for a familiar manageable world, and lure the hearer (participant) into a risky enterprise, but one that has promise and hope inscribed in every fiber of the dangerous endeavor.

There were no hierarchies at table, no one in charge and in power. There were only those who voluntarily served others, gladly washed the feet of their companions, who assisted folks at table to heal from the years of religious abuse and oppression. And God was mischievously present through each other. Jesus encouraged them to dream a future with hope, with God with shared resources and the abundance of food created by the companions of the bread and the cup.
Jesus’ Last Supper, like all his meals, undid social ordinary patterns and hierarchical behaviors, introducing people into a new egalitarianism, an equality before one another and God. No Roman official like Pilate would ever serve food to another person, especially with a male lesser of status or serve even his wife. No religious Jew would invite men and women together at table, suspected impurity and sinfulness.

And then there is the radical service of Jesus at table that evening– washing the feet of his male and female disciples. This was the service of only household slaves or women. No free male would do such a washing service because it demeaned his masculinity and patriarchal authority. Jesus turns the social hierarchies inside out, breaking down the gender boundaries and social hierarchies. There is only table fellowship of mutual service and equals, revering those who were the socially least, and inviting the disciples to imitate Jesus in his act of foot-washing.

Finally, Jesus dies a cruel death inflicted by the powers of imperial domination and religious exclusivism, always an unholy marriage of violence. It is an ultimate queering of human expectation, God’s vulnerability and suffering on the cross. God understood vulnerability in the incarnated Christ on the cross, and God identified with the suffering Christ and the least and vulnerable humanity and life in history. We have no comprehension of the depths of God’s suffering for all suffering life, but we do have a window into the depth of God when Jesus told his disciples: “Be compassionate as Abba God is compassionate.” Abba God suffered and died with Christ out of compassion, for God has suffered with all suffering life and human life. God the Creator becomes vulnerable and experience suffering the incarnated Christ on the cross and the Holy Spirit that groans and suffers with all created life. This is the queerest notion of God in history—God who becomes vulnerable and experiencing suffering. God is with us in so many unimaginable ways.

But the queer God surprised all of us. God said “no” to such violence and cruelty, God proclaimed a “yes to unconditional love” on Easter Sunday. Next Sunday I will speak how the queer God queers death for resurrected life!