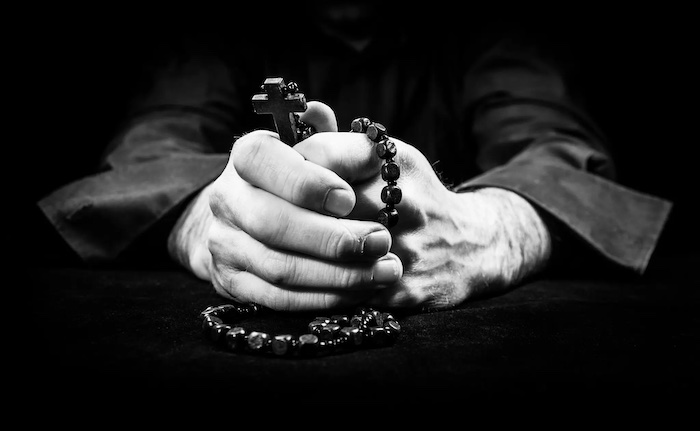 When Carol Baltosiewich was a Catholic nun, she spent 10 years caring for young men dying from AIDS. Even so, the first time I spoke to her, in 2016, I was terrified to tell her I’m gay.

As a reporter who covers the church, I had started interviewing Catholics who worked and fought during the height of the H.I.V. crisis in the United States, roughly 1982 to 1996. People like Ms. Baltosiewich persisted amid frequent hostility from church leaders toward gay people and the broader stigmas of the time. A poll in 1987 found that 43 percent of Americans agreed with the statement, “AIDS might be God’s punishment for immoral sexual behavior.”

A Catholic myself, I’d long internalized that being honest about my sexual orientation could be dangerous. L.G.B.T. people have been fired from their jobs at Catholic organizations. Some groups supporting L.G.B.T. Catholics have been barred from parishes. So even someone like Ms. Baltosiewich, who has loved and served countless gay men, could feel risky.

But my conversations with Ms. Baltosiewich and others like her — the fellowship, gratitude and moments of revelation we exchanged — had a profound effect on my own faith. So much so that recently, I wrote a letter to Pope Francis to share the book I wrote based on those conversations, and even to tell him a little about myself as a gay Catholic. To my surprise, he wrote back. His words offer me encouragement that dialogue is possible between L.G.B.T. Catholics and church leaders, even at the highest levels.

When I first learned about Ms. Baltosiewich’s work, I was tempted to describe her as a hero nurse-nun who showed compassion to gay men with AIDS at a time when so many other people refused to help. And she was. But what gets lost in that framing of her story is the reality of how the individuals she met through this ministry broadened her understanding of God’s love and ultimately made her a better Christian.

Ms. Baltosiewich can trace this change to a particular moment. She had moved to Manhattan from her home in Belleville, Ill., to learn about AIDS ministry. She was sitting on the stoop of the convent in Hell’s Kitchen where she was staying when she noticed a young man, Robert, walking toward her. He was visibly upset. Ms. Baltosiewich recognized him from the hospital where she volunteered and asked what happened.

His partner was dying from AIDS and there was nothing he could do to help. Robert broke down in tears. Ms. Baltosiewich held him.

She knew what her church taught about homosexuality. She remembered her own initial discomfort at the thought of romantic love between two men. But in that moment, as she held Robert, she thought about the love and concern he showed his partner and, she remembers thinking, “You couldn’t say it was wrong.”

I’ve felt isolated and alone at times as a gay Catholic trying to find a place in the church. I stay partly for cultural reasons, taking comfort in practicing the faith of my ancestors. I also find order and meaning in Catholicism, especially when life feels unpredictable. With U.S. bishops meeting in Baltimore this week, following months of debate about the worthiness of some Catholics to receive Communion, I’ve realized that personally, I stay in the church mostly for the Eucharist, that ritual during Mass when I believe the divine transcends our ordinary lives and God is present. I haven’t found that elsewhere.

Still, there have been moments when I felt that I had no choice but to leave, that the hypocrisy and judgment were too great. I once went so far as to begin the process of being received into the Episcopal Church but didn’t follow through. I sometimes wonder if I should have, like the time I sat at a dinner in Rome and listened to another Catholic criticize Pope Francis and suggest that despite the pope’s “Who am I to judge?” attitude, gays would, in fact, burn in hell.

But my encounters with people like Ms. Baltosiewich have been transformative, so much so that when I decided this past summer to write a letter to Pope Francis about my book, the fear I had once felt with Ms. Baltosiewich was gone. I told him that I am a gay Catholic journalist and that these stories of encounter have the power to change lives. I told him about the many L.G.B.T. Catholics I’ve interviewed, who are barely hanging on to their faith.

Later, when I saw the white envelope with the return address of the Vatican Embassy in Washington, I froze. Pope Francis had written back. 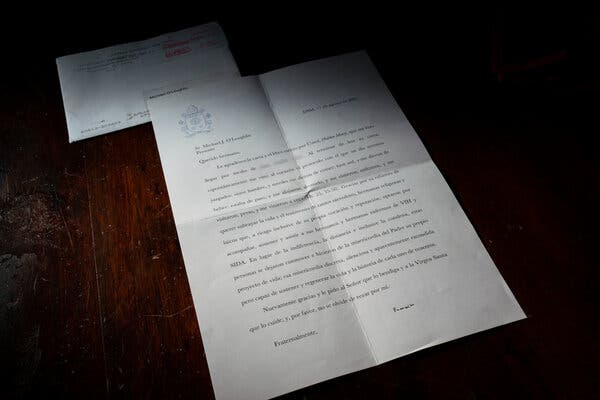 “Querido hermano,” began the letter. The letter was in Spanish, Pope Francis’ native tongue, but it’s been translated into English for this article. “Dear brother. I thank you for the letter and the book, which you wrote.”

“As I finished reading your letter,” the pope continued, invoking the Gospel of Matthew, “I was spontaneously struck by that through which we will one day be judged: ‘For I was hungry and you gave me food, I was thirsty and you gave me drink, a stranger and you welcomed me, naked and you clothed me, sick and you visited me, in prison and you came to me.’”

“Thank you for shining a light on the lives and bearing witness to the many priests, religious sisters and lay people, who opted to accompany, support and help their brothers and sisters who were sick from H.I.V. and AIDS at great risk to their profession and reputation.”

Then he offered a decades-delayed papal blessing on the work undertaken by people like Ms. Baltosiewich.

“Instead of indifference, alienation and even condemnation,” Pope Francis continued, “these people let themselves be moved by the mercy of the Father and allowed that to become their own life’s work; a discreet mercy, silent and hidden, but still capable of sustaining and restoring the life and history of each one of us.”

“Again, I thank you and ask that the Father bless you and the Virgin Mary care for you, and please, don’t forget to pray for me,” he concluded, signing off, “Fraternally, Francis.”

I’m not under any illusions that a letter, even one signed by the pope, will heal the wounds some Catholics imparted decades ago. Or that this might finally be the moment when Francis changes church teaching on homosexuality. In fact, under his leadership, the Vatican has doubled down, releasing what many read as a reiteration of the ban on gay priests. More recently, the Vatican stated that while the church should welcome gay people “with respect and sensitivity,” God “does not and cannot bless sin” and thus declared priests cannot bless gay couples.

But Christians are called to have hope, and so for now, I still do.

Ms. Baltosiewich’s world was altered through her encounters with gay men more than 30 years ago. She has since left the order of nuns she was part of during her years of AIDS ministry and joined the Sisters for Christian Community, a non-canonical group, but remains a Catholic. When I called to read her the letter, she told me her eyes filled with tears.

My faith has been edified through my interactions with Ms. Baltosiewich. And now, with a papal blessing on this kind of work, perhaps church leaders — maybe even the pope — will be transformed in how they see L.G.B.T. people and others whose faith is lived on the margins. If they don’t, imagine what the church will have lost.