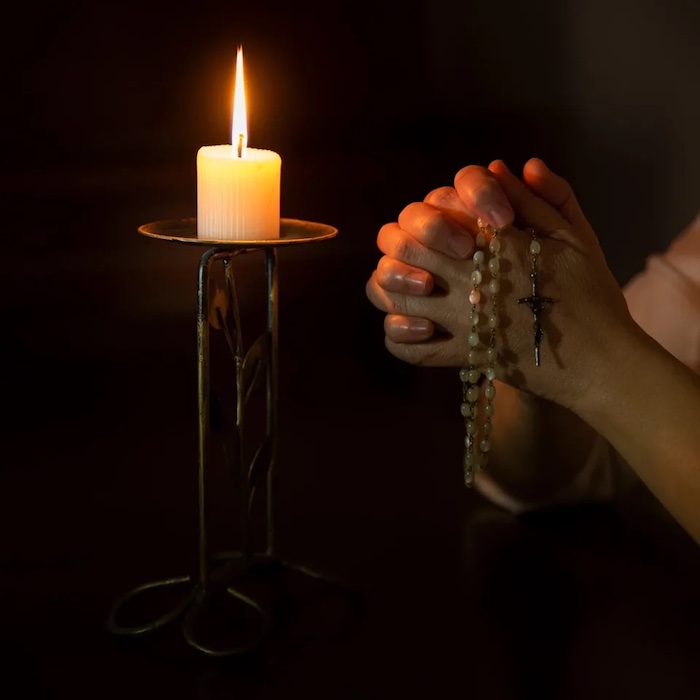 In the last few years, Pope Francis has been vocal about being more accepting of queer people in the church – or at least creating spaces for pastoral care. He declared early in his papacy, “If someone is gay, and he searches for the Lord and has goodwill, who am I to judge?” Pope Francis even went so far as to openly thank the cofounder of New Ways Ministry, Sister Jeannine Gramick, who was barred from community work because she supported LGBTQ+ Catholics. However, the Pope has also upheld church doctrine that calls for LGBTQ+ chastity and refers to homosexual acts as “disordered.” Just last year, the Vatican’s doctrinal body declared that Catholic priests could not bless same-sex unions, much to the frustration of those who saw the Pope’s previous comments as a step in a more accepting direction.

With the Vatican refusing to change its stance on homosexuality being a sin, how do LGBTQ+ individuals fit into and navigate a religion that’s set not only on their expulsion, but on their destruction? The answer isn’t black or white, but queer Latinx Catholics who stick to their faith and parish do so for many reasons.

Family and Community Acceptance Versus Tolerance

When Andy Ruiz came out as trans, the first thing her mother did was find a parish that would be loving to and accepting of her children. “With my queer identities, that’s why my mom took a more active role to find a church that was supportive of [my siblings and me]” Ruiz tells POPSUGAR. “Coming out trans to my family, it was like, ‘Well, if the priest says you can come through, come through,'” she laughs. Ruiz’s family comes from a little pueblo in Guanajuato, Mexico, and her Catholicism was heavily mixed with Indigenous practices and more centered on local traditions and feminine deities. “I got to see another side of Catholicism,” she says. “We believed in spirits and other saints that are not recognized by the church . . . my mom always told me as a kid to not look at the Bible at face value or to take the Bible’s teachings directly from someone else,” Ruiz says.

Queer Latinas and Latinx Catholics are not a monolith, but for many, there tends to be a focus on the written word of Jesus over acceptance from the Church itself. Catholic Latina/xs who come from families or parishes that are affirming of their identity might also find it easier to stay in the Church regardless of what the Vatican mandates. “What matters to me is what Jesus said,” Victoria Jiminez, who identifies as gender nonbinary, says. “Jesus was a Black anarchist illegal immigrant who was undermining the state, who was anti-capitalist and emphasized community and loving your neighbor.”

Jimenez, who comes from a strict, non-accepting Cuban household, says that their personal spirituality is what got them through the hurtful things people say about LGBTQ+ individuals. “What else do you have when you’re gay except your internal monologue and your spirituality?” Jimenez says. “It’s not like you can rely on the community, because you see how they react to other people – kids internalize that. We grew up listening to that – some people have amazing families, but again, everyone’s interpretation [of the scripture] is really different.”

Everyone Picks and Chooses

According to Pew Research, 53 percent of US Catholics have never read the Bible or seldom read the Bible. That’s led some to think that the opinions of many US Catholics are based more on the biblical interpretations of priests than on their own understanding of the scripture. “It’s hard to separate culture from religion. The problem, in my opinion, [is that] a lot of people who are very religious discriminate against the LGBT community based on what they believe are religious tenets, but most people haven’t studied the Bible,” Yunuen Trujillo, a lesbian Catholic lay minister and author of “LGBTQ Catholics: A Guide to Inclusive Ministry,” says.

To understand queer Catholics’ presence in the church, we have to look no further than the example set by non-queer Catholics in the church. “Everyone picks and chooses,” Trujillo tells POPSUGAR. “For the issue of queer identities, everybody will tell you, ‘Well, doctrine says this.’ But what does doctrine say about helping the poor? There are more quotes about that in the Bible than anything else.”

A Guttmacher Institute analysis of federal government data from 2012 found by their early 20s, 89 percent of never-married Catholic women had had sex, and virtually all of them were using some form of contraception: things strictly forbidden by the Church. A 2020 study found that among US Catholic women, 25 percent use sterilization, 15 percent use long-acting reversible contraceptives (such as IUDs), and 25 percent use hormonal methods (such as birth-control pills). It also found that 24 percent of women who obtained abortions in 2014 identified as Catholic.

Many queer Catholics ask: why fixate on this hateful interpretation of the scripture while turning a blind eye to other “sins” – such as the child abuse, discrimination against women, genocide, and colonization committed by and on behalf of the Vatican. Sodom and Gomorrah is the main scripture cited to justify homophobia, but even that, according to many, is open to interpretation.

“In college, one of the really fascinating things that my professor was teaching me was that the Hebrew translation of the Old Testament versus New Testament was really off,” Ruiz says. “The New Testament side says that it was sodomy and homosexuality that really smited [sic] [the city], but in the Torah, it’s focused on the act of rape itself. This simple mistranslation could have changed our world drastically. Rape was seen as such a vile thing that God decided to destroy a city over it? Imagine if that would have been our moral law now?”

“My Relationship With God Can Exist Without the Church”

Often, queer Catholic Latinxs must keep their sexuality a secret or consider “chastity” to stay in the church. But more often than not, they either find a more accepting parish or leave the Church altogether. “You want to keep your community, but you don’t want to not be yourself,” Trujillo says. “It shouldn’t be a trade-off. Just like parents shouldn’t have to choose between the church and their children, gay people shouldn’t have to choose between having a partner and living a happy and healthy life and continuing to have the community they were raised with. Why should they have to lose that community? It’s not fair.”

There are directories of accepting parishes, but these can be outdated, and the trial-and-error process of finding accepting priests can be too emotionally exhausting for some. LGBTQ+ Catholics may find it easier to leave or to practice “domestic church” – which is when people organize and get together to worship in their living rooms. Many queer Catholics stay and fight for their rights within the church, but Trujillo says that there is still a long way to go – both in the church and in Latinx culture.

Trujillo says that there is no shame in leaving if your mental and emotional health is suffering. “You don’t have to go to church to be Catholic. In Catholicism and Christianity, there is a lot of common theory, [but] the only thing that matters is what Jesus said,” she says. “When I go to the gospel, [Jesus] was eating with everyone who was discriminated against; he would talk to women and put women in positions of leadership. He would break all the rules: he did the opposite of whatever religious and social rules were at the time. You have to love yourself, and you have to love others – that’s what justifies staying in the Church. That’s the biggest teaching.”