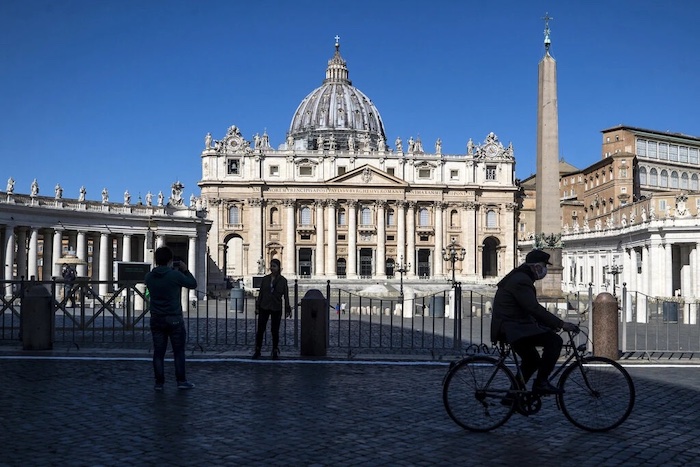 An Irish priest, Msgr John Kennedy has been put in charge by Pope Francis of leading investigations into child abuse allegations against the Catholic clergy worldwide.

The 53-year-old monsignor is the new secretary of the disciplinary section at the Congregation of the Doctrine of the Faith, which has responsibility for dealing with credible allegations against clergy.

He had been serving at the office since being appointed there by Pope Francis in 2017 and his appointment is part of a major shake-up of the Vatican curia being undertaken by Pope Francis.

The Congregation of the Doctrine of the Faith has two new sections: a doctrinal section and a disciplinary section. Italian priest Msgr Armando Matteo has been appointed secretary at the doctrinal section.

Msgr Kennedy, from Clontarf in Dublin, was born in 1968 and ordained in 1993 for the Dublin archdiocese. He worked in Crumlin and Francis Street parishes before undertaking postgraduate studies in canon law in Rome in 1998.

He entered the service of the Holy See in September 2002 and began working with the Congregation of the Doctrine of the Faith in 2003, beginning his service there under its then prefect, Joseph Ratzinger, now pope emeritus Benedict XVI.

In an interview with the website Zenit, he described his reaction to hearing of the resignation of Benedict in February 2013: “You sometimes meet people who ask you: ‘Do you remember where you were on the day when JFK was shot, or the Twin Towers came down, or when World War II ended?’ I can think very clearly of exactly where I was.”

He was “in the north of Italy, and I was just ready to leave the hotel after a two-day ski trip, and my brother phoned and said: ‘What’s going on in Rome?’ I said: ‘I don’t really know. I’m not there.’ He said: ‘Switch on the TV as soon as you can, and you’ll see exactly what’s going on.’ ”

Benedict, who turned 95 on April 19th, is “a shy, but extremely intelligent man, a person who was very sincere, very gentle”, he said.