— The horrific findings of a seven-year inquiry 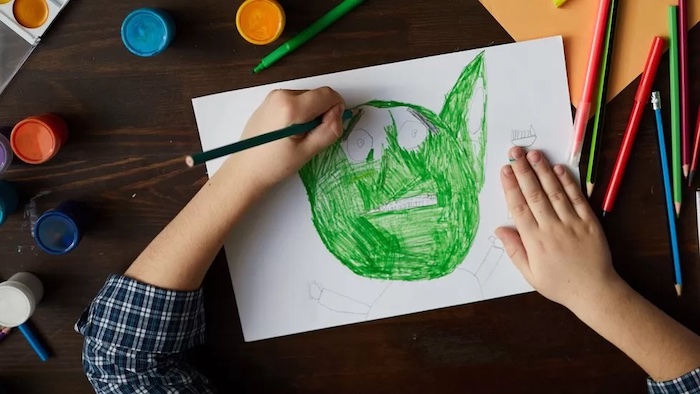 The Independent Inquiry into Child Sexual abuse was created in the wake of the Jimmy Savile scandal to examine how institutions responded to allegations of abuse in England and Wales – both in the past, and today.

During seven years of hearings, 725 witnesses gave evidence at a cost of £186.6m. After investigating abuse in places such as schools, children’s homes and religious institutions, IICSA has produced its final report.

It said child abuse was an “epidemic” leaving thousands of victims in its “poisonous wake”. The scale of the abuse it looked at was “deeply disturbing”. And it found a “horrifying picture” of children being “threatened, beaten and humiliated”.

The seven-year inquiry is now over – here are some of the things it uncovered.

There was no elite paedophile ring

When the inquiry was first announced in July 2014, by the then Conservative home secretary Theresa May, there were rumours a paedophile ring of well-connected men had been abusing children for decades. Many hoped IICSA would investigate and unmask the guilty establishment figures of the past.

In fact, IICSA had no powers to accuse people unless they had previously been convicted by a court. There was no crack team of grizzled investigators waiting to comb through the files, to root out paedophiles in power.

The inquiry’s true remit was different: to investigate whether institutions such as schools, councils and the police had failed to protect generations of children. There was, therefore, an investigation into the way the political institutions of Westminster had responded to allegations of abuse.

It concluded early on that there was no evidence of an organised “paedophile network” in which “persons of prominence conspired to pass children among themselves for the purpose of sexual abuse”.

There was, however, “ample evidence of individual perpetrators” within politics.

A review of 37 cases found insufficient evidence to support claims that abuse by prominent people was covered up by the police. But IICSA did describe a “significant problem” of deference towards prominent people, which had put children at risk.

In the 1980s, the Conservative MP Peter Morrison was deputy chairman of the party, a government minister, and Margaret Thatcher’s parliamentary private secretary, despite senior figures in government being warned of persistent concerns about his “sexual interest in small boys”. In 1991 he was knighted.

Lord David Steel, the former Liberal leader, admitted he took no further action when one of his MPs, Cyril Smith, revealed he had been investigated by the police for sexual abuse. It was in the past, Lord Steel told the inquiry. Using the same reasoning, he later recommended Smith for a knighthood.

IICSA said deferring to the powerful meant almost every institution in the political world had failed to put the safety of children first.

Child sexual abuse is a crime usually committed behind closed doors. As a result, independent witnesses are rare. It is crucial that when an alleged victim comes forward, either as a child, or later as an adult, they are taken seriously.

In recent years, the police have been criticised in high-profile cases for being too willing to believe what turned out to be false allegations.

This resulted in men being wrongly accused, turning their lives upside down. It was said that after years when Savile’s abuse was ignored, the pendulum had swung too far the other way.

But during its investigations, IICSA repeatedly uncovered many more situations where reports of real abuse were ignored, treated as unlikely to be true, or blamed on the alleged victim.

Deprived children, sent abroad by religious charities in the post-war years, were physically and sexual mistreated – and prevented from speaking out. The British government ignored warnings for fear of upsetting countries, including Australia, which had hosted the children.

In the Nottinghamshire care system, council staff “took the side of foster carers” over young people who said they’d been abused. Police did not treat most allegations as serious.

In specialist boarding schools investigated by the inquiry, there were examples of “headteachers who found it inconceivable that staff might abuse their positions of authority to sexually abuse children”.

Girls groomed by abusive gangs of men from communities in British cities were sometimes regarded as “child prostitutes”, who had encouraged the attention of their abusers, even though legally children can’t consent to sex.

Child abuse is a crime where the power of the adult is used against the powerlessness of the child. That allowed the abuser, the inquiry often found, to silence their victim.

School children and staff were scared to speak out

At St Benedict’s School, linked to Ealing Abbey, at least 20 children were terrorised with a mix of physical and sexual abuse, from the 1970s until 2008, by just two members of staff.

The Catholic school was described as a “cold, grim, forbidding place” in which corporal punishment was used as a “platform” for sexual gratification. With senior figures at the school involved in abuse, other staff said the atmosphere was “like the mafia”.

Staff said they couldn’t risk their jobs by speaking out and it was years before abusers were brought to justice. The school is now under new management.

Specialist music schools were another area where children were at particular risk.

At Chetham’s School, in Manchester, a 14-year-old female pupil became a victim of the powerful director of music, Michael Brewer. She was groomed and sexually abused for years in the late 1970s and 1980s. She was left traumatised and unable to speak out for more than two decades.

By 1994, Brewer, then aged 49, was having sex with a 17-year-old. Not illegal at the time, but when he offered to resign, an investigation into his behaviour was “abruptly halted”. His earlier abuse wasn’t discovered.

Brewer was eventually convicted in 2013. Sadly his first victim, struggling with the mental health effects of her experiences, died of an overdose. IICSA described it as a “watershed moment”.

The failure to report abuse to the police or child protection agencies is a constant thread running through its investigations.

Currently in England there is no statutory requirement for people working with children to report abusive behaviour to the police or other authorities.

The inquiry has called on the government to urgently introduce a system of “mandatory reporting”, making it a criminal offence not to pass on witness accounts of abuse or disclosures by children or perpetrators.

Whether it was Christianity, Judaism, Islam, or a host of smaller sects, when children were abused, the nature of religion often meant it was not confronted.

In the Catholic Church the inquiry identified “a sorry history of child sexual abuse” in which “abusive priests and monks” preyed on children for “prolonged periods of time”.

Victims weren’t supported and alleged abusers were protected. The culture of the Church of England facilitated it becoming “a place where abusers could hide”, IICSA concluded.

The power structures of the churches, where often the clergy was regarded as untouchable, was a major reason. Their religiousness was itself used as a reason not to believe allegations made against them.

One senior figure in the 1990s Anglican Church, the Bishop of Gloucester Peter Ball, regarded himself as a “loyal friend” of King Charles III. But he was also facing allegations of child abuse.

The Archbishop of Canterbury at the time, Lord Carey, “simply could not believe” Ball was an abuser and “seemingly wanted the whole business to go away”, IICSA said. In 2015, Ball, by this point elderly, was jailed.

Smaller religious sects protected their reputations by covering up the mistreatment of children.

In the Jehovah’s Witnesses, someone accused of child abuse could only be expelled from the church if there were two witnesses to what happened. Yet as we’ve already seen, that was rare.

The Jehovah’s Witnesses say rules published in 2018 require church elders to report all allegations of abuse to the police and this policy is applied in practice.

But the inquiry also found that the application of the “two-witness rule” in the context of child abuse could increase the suffering of victims.

Making it a legal requirement to report evidence of abuse might go some way to opening the doors of secretive religious orders.

Abuse is not just a thing of the past

Much of the inquiry’s work delved into the dark corners of history, reaching back as far as the 1950s.

The inquiry has been repeatedly criticised for examining old-fashioned attitudes, which, it has been claimed, are no longer really a problem.

Protecting children has a much greater importance in modern institutions. Police forces, facing an incoming tide of cases, have had to invest significant resources in both clearing up historical allegations and dealing with new ones.

But the problem has not gone away. It has just changed. So called “street-grooming” is still seen as a major threat to girls from troubled backgrounds in major cities.

IICSA found councils don’t want to be labelled “another Rochdale, or Rotherham” and weren’t collecting enough data that might identify active paedophiles.

Abuse has moved online, with an estimated 80,000 people in the UK presenting some sort of sexual threat via the internet, often via live-streaming, in which paying paedophiles remotely dictates what happens on screen.

Police have developed new data forensics techniques to detect and detain paedophiles from the data they create. There are concerns about British paedophiles travelling abroad to access children, and create abusive pictures and videos.

And when children are abused, the adults they become bear the scars of their experience.

Some 6,000 victims shared their experiences with the inquiry’s Truth Project, aimed at building a deeper understanding of the effects on them. A similar project has been announced for the Covid 19 public inquiry.

They are living with very real psychological problems caused by their abuse, and will continue to do so long after the Independent Inquiry into Child Sexual Abuse.