An Orange County jury on Thursday decided against two brothers who say they were molested by Franciscan priests at a Huntington Beach parish nearly two decades ago.

The lawsuit, filed in 2009, accused Gus Krumm and Alexander Manville of sexual misconduct during 1992-94 when the two were priests at Sts. Simon and Jude Catholic church. 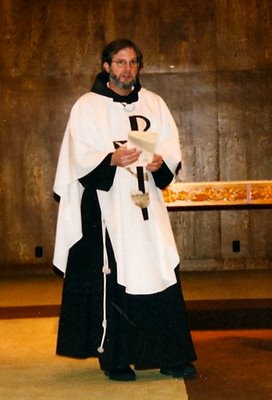 The jury of seven women and five men deliberated three and a half days before reaching a verdict, answering “no” to all four questions before them of whether the accusations by each brother against each defendant were more likely true than not.

Per an agreement reached before trial started, if the jurors had said “no” to all queries, the Franciscan Friars of California would still have to pay $400,000 to the brothers. Had the jury answered “yes” to any of the claims, the friars would have had to pay $1.4 million.

Defense attorneys said they agreed to the arrangement because “both sides had some benefit to limiting their risks” given the “horrific nature” of some of the allegations.

An attorney for the brothers said he was disappointed with the verdict.
“It all comes down to the fact that it was a case in which there were no independent witnesses,” defense attorney Mark Spencer said.

Krumm, a former Franciscan friar, has admitted to instances of abuse in the 1970s and 1980s elsewhere. The civil lawsuit alleged that church officials knew about his past but did nothing to keep him from interacting with children at the Huntington Beach parish.

Krumm served as an associate pastor at Sts. Simon and Jude from July 1988 to September 1998. As pastor from 1982 to 1994, Manville was Krumm’s supervisor for six years.

Defense attorneys argued that the brothers concocted the stories of abuse in part for financial gain, labeling one of the brothers’ accusations as a “methamphetamine-fueled fantasy.”

Paul Gaspari, the lawyer for the Franciscan Friars of California, said in his closing arguments that while Krumm lied to fellow Franciscans and is worthy of contempt, his pattern of abuse in the cases of seven teenagers well before the brothers’ allegations surfaced is starkly different.

Following the verdicts, Gaspari said he was concerned about laying out all of Krumm’s past abuses but “we simply laid out the truth and the truth provided the roadmap for (jurors) that he was an admitted molester and that made him an easy target.”

Some jurors believed there was method to Krumm’s abuses and it couldn’t be changed, one woman juror said afterwards. Others didn’t consider it at all, she said.

The jury had no direct evidence supporting the allegations of sexual abuse, said the juror, who declined to give her name.

“Everyone was torn with the case,” she said, “because what evidence do you have so many years later?”

She said jurors believed defense expert testimony that the brothers suffered post-traumatic stress syndrome, but could not peg where it came from.
John Hardin, the provincial minister for the Franciscan Friars of California, said he was thankful to the jury.

“We continue to be vigilant (against abuse) whenever situations come up like this,” he said. “We also feel we have a right to defend ourselves in court.”
The brothers pursued general damages for allegations of sexual battery, negligence and other causes of action.

In a high-profile settlement in 2006, the Franciscan Friars of California agreed to pay $28.5 million to plaintiffs in 25 separate sex-abuse lawsuits against Krumm and eight other friars.