Few Roman Catholic seminaries can boast an active and vibrant GLBT student organization. Boston College’s School of Theology and Ministry is one. Since April 2011, the “GIFTS” group (“G/L/B/T Inclusive Fellowship of Theology Students”) has planned and hosted prayer services for the school community. We’ve celebrated the long tradition of believers who have lived their Catholicism through same-sex love, non-traditional gender roles and the quest for social justice. We have also asked some difficult questions: How can GLBT lay people with a proven calling to ministry best serve the Catholic Church? What is our responsibility to a clergy and leadership which is often homophobic and paternalistic, and profoundly conflicted about sex? 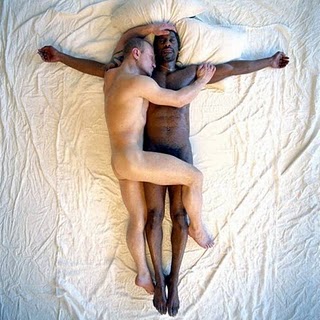 Recently, four GIFTS members and I drove to Fairfield University in Connecticut for “The Care of Souls: Sexual Diversity, Celibacy and Ministry” — the last of this autumn’s “More than a Monologue” series on sexuality and the Catholic Church. We went to hear Rev. Donald Cozzens, a respected researcher on the Catholic priesthood and a former seminary president; Mark Jordan, a queer theologian and ethicist at Harvard Divinity School and Jeannine Gramick, a Catholic nun who was silenced by the Vatican for her work with lesbians and gays. We found four themes particularly compelling: the struggles of a closeted clergy, the dynamics of Catholic patriarchy, the troubling theology of priestly vocation and the powerful Christian witness offered by lesbian nuns.

For Cozzens, the Vatican’s prohibition of gay men entering the priesthood has worked much like the (now defunct) policy of “Don’t Ask, Don’t Tell.” Gay men have not left the priesthood (Cozzens estimates they make up 30-50 percent of US priests), and they also continue to enter — either by lying about their orientation, or by keeping it under wraps at the direction of seminary directors. Yet gay priests must steer firmly clear of their sexual identity in their preaching and public personas. As GIFTS member Oliver Goodrich asked, “How can so many priests, who preach a gospel of liberation and authenticity, lead such inauthentic lives?”

Jordan was more provocative. In a church that defines “the few and the proud” as its straight male celibate clergy, power gets tangled with maleness. But the clergy’s desire for power animates an unseemly dance of dominance, submission and career advancement. Within all-male hierarchical settings, this can smack of sado-masochist pleasures. Accepting gay men into seminary, or acknowledging same-sex love, shines an unwelcome light on these homoerotic dynamics. To keep this psychology intact and in shadow, the hierarchy must keep gay men (and straight women) out.

The notion that ritual and organizational leadership requires abstinence from sexual love is another problem for Catholic ministry. For almost 2000 years, Catholic monks and nuns have accepted celibacy as a form of spiritual practice. For 1100 years, Catholic priests could marry and raise children. Today, Church officials insist that everyone called to the priesthood automatically receives the “grace” (or spiritual power) to live a celibate life. Why must these two be connected? As Jocelyn Collen, another GIFTS member, remarked, “Grace is not given to someone on command. No one — not even the Vatican — can direct the grace of God.”

Gramick’s reflections were perhaps the most hopeful. Drawing from decades of work with lesbian nuns, she described a non-patriarchal model of ministry in which warm and affirming female friendships support lives of celibacy, service and prayer. For these nuns, the experience of sexual orientation is about the longing for intimacy, the romantic desires that shape personality and interpersonal life. This makes profound psychological sense. Lesbian and gay celibates need intimate same-sex friendships; in the same way, straight men called to celibacy need warm and affirming relationships with women. Without such intimate friendships, frustrations multiply, boundaries decay and ministers tragically act out.

At the end of the day, we drove back to Boston through the worst October snowstorm in years, and a certain chill still remains. I’ve co-written this article with another GIFTS student, whose goal is to teach in a Catholic school. The insights of this minister-in-training are all over this article. But to protect his/her future employment, I cannot disclose a name. Like the prayers that GIFTS has written, and the GLBT saints that we’ve recalled, the insights of marginalized Catholics speak of Spirit, courage and truth. Our hierarchs should listen and learn.