The San Francisco Archdiocese made it very clear they are there to serve God, not the 99 percent. The religious leaders yesterday afternoon ordered police to start rounding up occupiers and arresting them a day after protesters descended on the church’s vacant building on Turk Street, pledging to turn the site into a permanent space for the homeless. 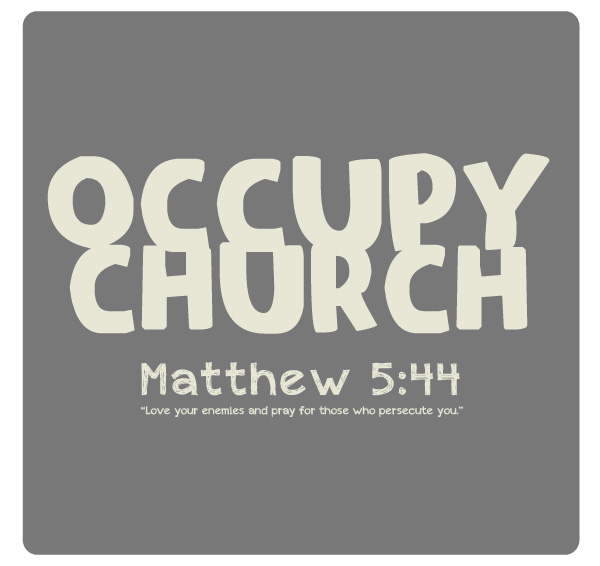 Initially, SF Catholics had instructed police to hold off on messing with occupiers, which gave protesters plenty of time to start prepping for a fight; when police did raid the building, they found the gates had been heavily barricaded along with piles of bricks, chairs, and buckets of paint on the rooftop. “There was concern that these items were going to be used as weapons against police officers,” said Sgt. Michael Andraychak.

When police entered the building, occupiers retreated into rooms, many that had also been barricaded from the inside. Others locked themselves on the second floor, and one person jumped from the roof and was arrested by police upon his landing.

On Sunday, Occupiers had stormed the building, which the church said was still being used as a music facility for the nearby Sacred Heart Cathedral High School. Occupiers began making themselves at home, handing out flyers, announcing the “grand opening” of the building as the “San Francisco Commune” while activists organized the space for homeless folks in need of shelter.

When police raided the site on Monday afternoon, they did find mattresses, bedrolls, a makeshift medical room, and a kitchen — all signs that occupiers had long-term plans for the two-story building. But there were also signs of miscreants in the group. Police found disturbing graffiti inside the building, including anarchy symbols, the phrases, “Burn it down,” “New Social Order,” and “Kill Cops.” Officers also found white supremacy literature inside one of the rooms, Adraychak said.

By 6 p.m., police had mostly cleared the area, and some 75 protesters were arrested on suspicion of trespassing. Today the Archdiocese is out there assessing just how much money this 24-hour occupation will cost them — and church goers.

But let’s not jump to any conclusions about Catholics. In fact, there is an “Occupy Catholics” movement forming out there, which is working to seek justice for the 99 percent — in God’s eyes, of course.