An international group representing victims of sexual abuse by Catholic priests rallied in central Warsaw on Sunday to highlight the issue in the devoutly Roman Catholic country.

“It would be naive to think that there are no victims of sexual crimes by Polish priests. We suspect that there are children who have been violated and raped,” SNAP president Barbara Blaine told AFP. 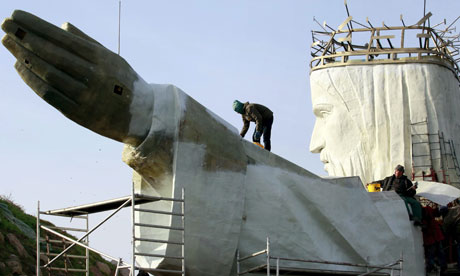 “We’re here to reach out to the victims, so they know about organisations like SNAP,” she said, referring to the Chicago-based Survivors Network of those Abused by Priests (SNAP).

“Crimes against tens of thousands of victims, most of them children, are being covered up by officials at the highest level of the Vatican,” Pam Spees, a lawyer for the group said in a statement.

“Paedophiles in the church. We want the truth,” read a banner held by SNAP representatives who rallied and distributed pamphlets outside the imposing Holy Cross church near Warsaw’s Old Town.

The protest drew flak from some some of the faithful leaving after Sunday prayers.

“It’s a lie to accuse Polish priest. Go to the US or England to protest,” exclaimed Alicja Krawczyk.

According to Blaine, similar attitudes of denial were prevalent for years in the United States and Britain when the taboo issue was initially raised.

“Poland is at the beginning of a long road,” Blaine, who founded SNAP in 1988, told AFP.

SNAP representatives are currently on a European tour to raise awareness of their cause having already made stops several European capitals including Brussels, Berlin, Paris and Vienna before Warsaw.

The group plans to be in Madrid on Monday and to protest at the Vatican on Tuesday.

Despite several cases of child sex abuse by priests having surfaced in Poland in recent years, none provoked widespread outrage.

Uniting around 10,000 people who allege they were sexually abused by Catholic priests as children, SNAP hope those who have suffered similar abuse in Poland will be more willing to step forward as the issue gains more public exposure.

Blaine said several victims people had contacted her after she an August visit to Poland.

More than 90 percent of Poles are Roman Catholic.