The author of a column in the official publication of the Boston archdiocese, who also served as an advisor to the U. S. Catholic bishops, resigned on Friday.

Daniel Avila wrote an opinion piece published in The Pilot, a weekly newspaper. Published on Oct. 28, just in time for Halloween, the article suggested that homosexuality is the work of the devil. 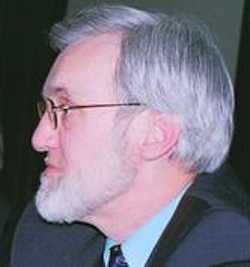 Gay rights groups and many among the Catholic laity were upset by the author’s views, which they considered to be bad science, theology, and spirituality.

Indeed Avila’s piece, “Some fundamental questions on same-sex attraction,” caused a disturbance in Greater Boston and beyond, especially in the LGBT and allies’ blogosphere.

Accordingly, Avila resigned on Nov. 4 from his position as an advisor to the U.S. Conference of Catholic Bishops’ (USCCB) Subcommittee for the Promotion and Defense of Marriage. His resignation was accepted, to be effective immediately, according to the Associated Press.

Locally, for more than a decade, Avila advised the Massachusetts Catholic Conference (MCC).

The USCCB and the MCC are official lobbying arms of the nation’s bishops and the state’s bishops, respectively.

Reactions of gratitude and relief were swift from advocacy organizations.

“Mr. Avila’s dangerous view that Satan causes people to become gay has no place in any credible news publication, whether it be mainstream or religious press,” said Sharon Groves, director of The Human Rights Campaign’s Religion and Faith Program.

“He ignored not only the widely accepted science that [homosexuality] is normal, but also the modern thinking of many religions. I am pleased the Conference of Catholic Bishops accepted his resignation and I ask them to speak up and denounce his dangerous rhetoric.”

Two days before Avila left his position, the Pilot, which is the nation’s oldest Roman Catholic publication, retracted the column. At the same time, Avila apologized for any pain his piece caused and said his views are not those of the bishops.

“Statements made in my column, ‘Some fundamental questions on same-sex attraction’ . . . do not represent the position of the [USCCB] and the column was not authorized for publication as is required policy for staff of the [USCCB]. The teaching of Sacred Scripture and of the Catechism of the Catholic Church make it clear that all persons are created in the image and likeness of God and have inviolable dignity,” said Avila in a written statement.

“ Likewise, the Church proclaims the sanctity of marriage as the permanent, faithful, fruitful union of one man and one woman. The Church opposes, as I do too, all unjust discrimination and the violence against persons that unjust discrimination inspires. I deeply apologize for the hurt and confusion that this column has caused,” Avila said.

Terrence C. Donilon, communication’s secretary for the Boston archdiocese and Cardinal Sean O’Malley, said via e-mail correspondence, “The Avila piece was pulled because Dan retracted it and apologized and because it simply should not have been printed/published in The Pilot.”

“It is not the position of the archdiocese or the church and is simply wrong,” Donilon added.

“Daniel Avila’s column was hurtful and deeply offensive so we are grateful he quickly resigned,” said Wayne Besen, executive director for Truth Wins Out. “Demonizing never creates a healthy dialogue and Avila represented a major obstacle to the church’s claim to respect all people.”

“The [USCCB was] correct to accept Avila’s resignation,” said John Becker, director of communications and development for advocacy organization based in Burlington, Vt. “There is no place for such extremism and Avila’s poisonous remarks served to further alienate LGBT Americans from the Catholic Church.”

Marianne Duddy-Burke of Medford, Mass., said she, too, was pleased with bishops’ decision but called for further action.

“But they need to demonstrate they understand the ramifications of the violent language against the gay Catholic community and our families,” Duddy-Burke said over the telephone.

“Dignity USA is calling for a policy advisory committee consisting of LGBT Catholics and family members to be appointed by the bishops and to be consulted by them on decisions that effect to our community.”

The Pilot’s Oct. 28 commentary is not the first time that editor Antonio Enrique published an apology and now a retraction.

“Cardinal O’Malley, as publisher of The Pilot, should strongly consider requesting that Mr. Enrique submit his resignation,” said Charles Martel, a local social worker in private practice and co-founder of Catholics for Marriage Equality. “Ultimately, this will be the only way that the cardinal shows he is serious about the meaning of accountability in the Archdiocese.”