Dissident Austrian Catholics announced lay people will start celebrating Mass when a priest is unavailable, a clear call to disobedience just as the country’s bishops hold their autumn conference. 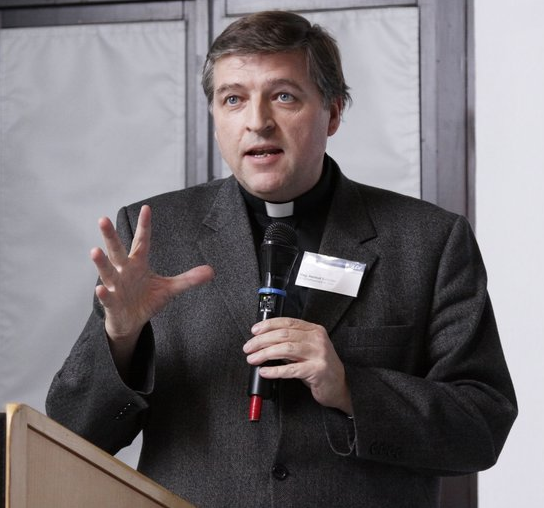 A manifesto adopted by dozens of activists at the weekend said lay people will preach, consecrate and distribute communion in priestless parishes, said Hans Peter Hurka, head of the group We Are Church.

“Church law bans this. The question is, can Church law overrule the Bible? We are of the opinion, based on findings from the Second Vatican Council, that this (ban) is not possible,” he said Monday.

The Catholic Church only allows ordained priests to preside at Mass.

Hurka said dissidents had long planned the meeting but were happy it came just before a regular four-day session of the Catholic bishops’ conference starting Monday.

He said he wanted bishops, led by Vienna Cardinal Christoph Schoenborn, to respond to the paper, the latest in a series of challenges by grass-roots Catholic reformers in Austria.

“We basically expect this because the demands for reform are not especially new,” he said. The bishops received a copy of the manifesto Saturday, he added.

Bishops planned to discuss proposed initiatives and reforms that have been put forward, according to their website, although the main topic of the session was preparing for parish council elections due in March.

Tipped as a possible future pope, the cardinal has said he would not lead his diocese into breaking away from the Vatican by letting clergy flout Church rules after a group of priests issued a “Call to Disobedience” to try to press reform.

The group, which claims to represent about 10 percent of the Austrian clergy, has challenged Church teaching on taboo topics such as priestly celibacy and women’s ordination.

The dissident priests, who have broad public backing in opinion polls, also say they will break Church rules by giving communion to Protestants and remarried divorced Catholics.