A 77-year-old priest assigned to the chapel at Midway Airport was charged Saturday with sexual abuse after he allegedly tried to grab the crotch of a man who had attended services before boarding a flight to Kansas. 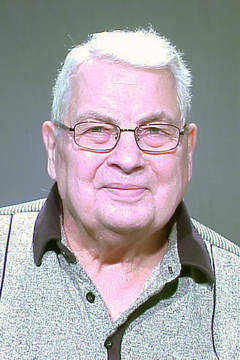 As they boarded an elevator in the C Concourse, Jagoe allegedly told the man he was attracted to him and tried to kiss him on the mouth, then “grabbed (the victim’s) testicles,” prosecutors said.

Surveillance cameras near the elevator show Jagoe moving toward the victim as the elevator doors closed, prosecutors said.

The victim boarded his flight, and reported the incident to Chicago Police after he returned to his home in Kansas. He returned to Chicago on business last week and made a formal report Wednesday.

Jagoe was arrested Friday. On Saturday, he walked into Cook County Central Bond Court with the support of a cane. Jagoe was charged with criminal sexual abuse.

His attorney said Jagoe had been a priest for 51 years. Court records state Jagoe is a member of the Dominican Order and lives in River Forest.
A representative for the Dominican order’s Chicago province was traveling and not immediately available for comment.