The Roman Catholic Church has been in the news quite a bit lately. At times, it seems like positive change is happening. We saw this recently when, under pressure, Cardinal Francis George of Chicago issued an apology for his comments comparing the LGBT community to the Ku Klux Klan. It was a small victory, and was prompted by a large outcry, but gave us a glimmer of hope that the Roman Catholic hierarchy may be slowly coming in line with the vast majority of Catholics who already support their LGBT friends and family. 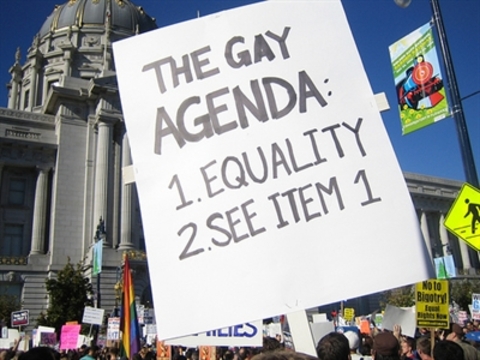 Then, we saw a barrage of stories that brought us back down to earth, for now. Since there’s been extensive media coverage of Cardinal George in Chicago (and in Green Bay), the following is a roundup of other actions and statements from the Roman Catholic hierarchy that continues to alienate and demonize both LGBT people and fair-minded Catholics.

The American Independent has reported that Archbishop John C. Nienstedt has ordered his priests to either speak in support of the proposed anti-gay constitutional amendment, or to remain silent. If a priest opposes the constitutional amendment which would constitutionally ban marriage equality, the priest is forbidden from speaking his opinion publicly. Instead, that priest has been instructed to speak to Archbishop Nienstedt personally. The order for priests to remain silent was given in a speech last October. Presumably this was the same time that the Minnesota bishops organized teams of priests and married couples to canvas the state to support the amendment. A letter was sent to those who did not attend the speech. A copy of the speech was leaked to the Progressive Catholic Voice, which has now published the full text.

The Archdiocese of Hartford, Connecticut, is launching an abstinence program for gay and lesbian Catholics. According to the Hartford Courant, the Archdiocese is establishing a chapter of the anti-gay so-called “support group” Courage“to support men and women who struggle with homosexual tendencies and to motivate them to live chaste and fruitful lives in accordance with Catholic Church teachings.” While not technically an “ex-gay” program, Courage encourages gay and lesbian people to live in chastity. The story has been picked up by CNN, giving it national attention.

The Bishop of Córdoba, Demetrio Fernández, used his Boxing Day sermon on December 26 to make the outlandish claim that the United Nations Educational, Scientific and Cultural Organization (UNESCO) is participating in a conspiracy to make half of the world’s population gay within twenty years. The comments were picked up by el Pais.

New York Archbishop Timothy Dolan and former Baltimore Archbishop Edwin O’Brien who are known for their opposition to LGBT equality, have been elevated to the office of Cardinal. Dolan is particularly well-known for his vocal opposition to marriage for same-sex couples, most recently and vocally about the passage of marriage equality in New York State.

With so much Roman Catholic LGBT-related news lately, GLAAD reminds media outlets and our own constituency that the vast majority of Catholics are supportive of LGBT people, including marriage equality, despite opposition from Roman Catholic hierarchy. GLAAD wishes to amplify the voice of LGBT-affirming Catholics, including organizations such as DignityUSA, Equally Blessed, Fortunate Families, Catholics for Equality, and so many more national, statewide, and local affirming Catholic organizations. GLAAD continues to call on the media to lift up stories and voices of LGBT-affirming Catholics who will likely differ from the hierarchy on issues of LGBT equality.

Those of us who identify with the Christian faith will continue to pray for a change in the Roman Catholic hierarchy’s attitude toward LGBT people, for LGBT Roman Catholics, and for ourselves as we continue to work for justice, peace, and reconciliation for all God’s children.