A former North Side Catholic nun was ordained a priest recently in an unsanctioned church ceremony in Fort Myers, Fla. 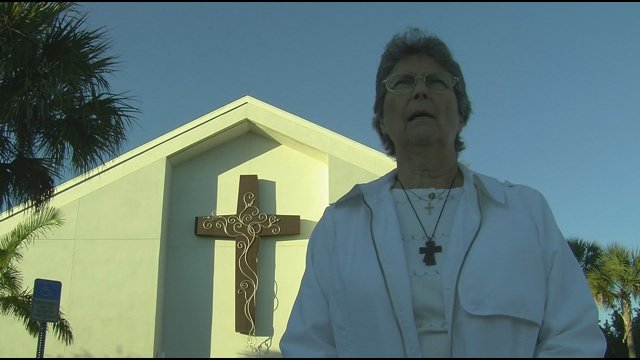 She was immediately ex-communicated from the Catholic church.

“I reject that,” said Judy Beaumont, 74 — the former Sister Mary Daniel — who grew up in Rogers Park before becoming a Benedictine nun who taught theology at St. Scholastica Academy.

Beaumont, who is now referred to as Pastor Judy, was ordained by the Association of Roman Catholic Women Priests.

“We are following our conscience and we are full loyal members of the church,” said Beaumont.

“We will do everything we can to bring about a new way of inclusivity in the church,” said Beaumont, who is now the 11th priest ordained by her group.

The key differences in the women’s “ordination” ceremony are:

† They don’t take a vow of obedience to the bishop. (“It basically denies you the ability to follow your conscience.”)

† Their bishop is a woman, who serves as a spiritual adviser.

† They don’t take a vow of celibacy and allow married, single, grandmothers, gay and straight women into the priestly fold.

† Rather than always referring to God as a “he,” their church language is more inclusive. The “Our Father” prayer reads “Our Mother/Father, who art in heaven.”

“The institutional church will not hire any of us to do church ministry, so we do what we can ministering in hospitals and to the homeless,” she said. “We hold Sunday mass in “church” houses and live on donations. “Stepping outside the institution is hard.”

Two more women are being ordained priests in the next few days, Beaumont added. “I didn’t decide I wanted to become a priest, it was a calling,” she said.