The treatment of former Toowoomba Catholic bishop Bill Morris, sacked last May by the Pope, shows that the Inquisition is alive and well in the Catholic Church – only the rack is missing. 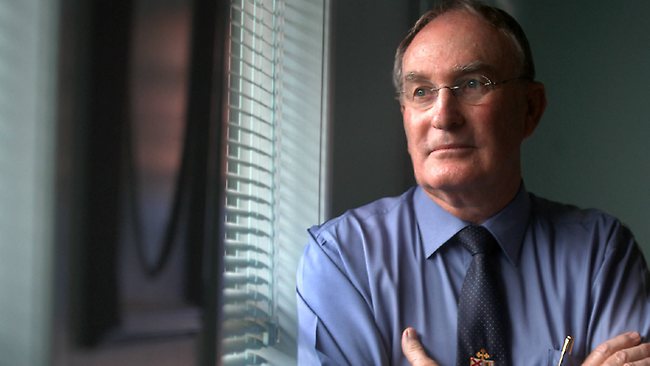 The secret denunciations by a tiny minority of self-appointed orthodoxy police in Toowoomba, the secret Vatican investigation, the secret judgment – with the accused never even knowing who the accusers are or what they have charged, let alone getting a chance to defend himself – the absence of any appeal, the denial of natural justice and the flouting of canon (church) law are all classical Inquisition tactics.

The unfairness and cruelty were driven home by two recent independent reports into the removal of Morris – one by an eminent jurist, Queensland Supreme Court judge W.J. Carter, and one by a leading canon lawyer, Melbourne’s Father Ian Waters.

They concluded that Morris was denied procedural fairness and natural justice. Carter wrote that the treatment of Morris was “offensive” to the requirements of both civil and canon law, while Father Waters found that the Pope had breached canon law and exceeded his authority in removing Morris without finding him guilty of apostasy, heresy or schism (which alone justify such action) and without following the judicial procedures canon law requires.

Carter found that an unsigned document from the Vatican to Morris in 2007 requiring his resignation showed “an appalling lack of evidence and particularity”, “demonstrable errors of fact” and decisions “by high-ranking church officials more likely based on gossip and hearsay” than evidence.
“One could not imagine a more striking case of a denial of natural justice,” he said.

Morris’s real offence was to suggest the church might consider discussing whether it might ordain married men or women, given the critical and worsening shortage of priests. Even a statement as tentative and careful as this had to be crushed, it seems.

This heavy-handed manoeuvring is a long way from what the church purports to stand for: love, mercy, truth and justice. All that seems to matter to the hierarchs, whether at StPeter’s in Rome or St Mary’s in Sydney, is obedience and loyalty.

The church’s leaders know it is losing a generation in the West. They seem not to care how much the ordinary, faithful Catholics in the pews and pulpits, doing the church’s works of mercy, are discouraged and distressed, or how cynical it makes those watching.

The fact that a bishop wears a red hat (cardinals) or red shoes (the Pope) is no guarantee that he is not a bully, blinkered or Byzantine.
Historian Paul Collins says not only is the Inquisition alive and well – after all, the Congregation for the Doctrine of the Faith, headed by Morris co-executioner William Levada, was once known as the Holy Inquisition – but that it is worse than the original Roman Inquisition, founded in 1542 by Pope Paul III to counter Protestantism in Italy. That, at least, had very clear procedures and was considered a model of jurisprudence in the Europe of the time.

What of Australia’s 42 Catholic bishops, who promised to represent Toowoomba’s Catholics when they visited Rome for their five-yearly ad limina visit last October? One or two helped engineer Morris’s removal, others may have supported it but most – well aware of what a travesty it was – were cravenly supine (as Collins put it).

They promised to raise the subject during their visit to the Vatican. They did so, meeting the cardinals and among themselves. Back in Australia, they put out a statement saying they accepted the removal and would extend fraternal care to Morris.

What could the bishops have done? Early and strong public statements of support for Morris would have made the Vatican act far more carefully.
But, according to progressive Catholics, the damage was done 13 years earlier, when Australia’s bishops were excoriated about the state of the church in Australia during their 1998 ad limina visit to Rome. That was the time to stand up and repudiate the criticisms; the pattern is set now.

Meanwhile, in Rome, the leaders of the church who demand trust are callous in destroying it. Their medieval attitudes to authority seem very distant from the biblical teachings of Christ and much closer to the Pharisees, whom Jesus accused of laying heavy burdens on people’s shoulders without lifting a finger themselves (Matthew 23:4). If the church leaders want the faithful to trust them, they should show themselves to be trustworthy.