Bettany Hughes believes that the early church presents a profound case for the ordination of women. 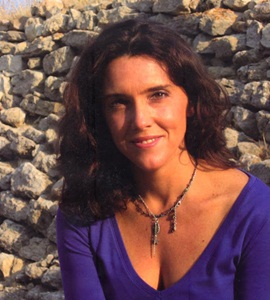 As the Church of England moves towards its first women bishops, the historian will argue in an upcoming TV programme that the ordination of women neither contradicts the faith nor the practice of church in its early formation.

“By suppressing the true story of the connection between women and religion, we etiolate both history and the possibilities of our own world,” she wrote in Radio Times.

She believes that the early church was a place where women were the “lifeblood”. In the first 200 years of Christianity, more than half of all the churches in Rome were built by women, she says, while Paul invited Phoebe to take the word of God to Rome.

In the early church, women had been allowed to preside as deaconesses, priestesses and bishops.

“This Easter will be the last when I go to a church knowing it will be dominated by men. I love my (male) vicar, who has spent 45 years encouraging his flock to be clear-sighted about the world – past, present and sublime,” she said.

“But the paradoxical thing for me as a historian is that I’m keenly aware Christianity was originally a faith where the female of the species held sway.”

Miss Hughes is to present the BBC Two series Divine Women, which explores the role women have played in world religions.

She suggests that a stronger role for women would be good for the church.

“Consider this: throughout the history of humanity, 97 per cent of all deities of wisdom have been female.

“Who knows whether God is a girl, but mankind has turned to the female of the species for good ideas.

“Our own monotheistic institutions might do well to take a leaf out of the book of human experience and build on this consensus when it comes to reaping the benefits of a close relationship between women and the divine.”