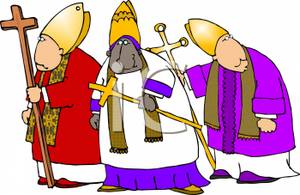 There’s no doubt that America’s Roman Catholic bishops have had their share of what might quaintly be called bad press. The priest sex-abuse scandal, a Vatican crackdown on nuns, a head-knocking fight with the president of the United States over contraceptive coverage — none of these would qualify as good news.

On Thursday, the bishops said they’ve had enough. It is time, they said, to beef up their public relations arsenal.

“We need more help and sophistication in our messaging,” said Cardinal Sean O’Malley of Boston, who decried the “latest debacle” of bad PR over the treatment of American nuns (which involves an investigation by the Vatican, not the American bishops).

O’Malley observed ruefully that when John Jay College released a landmark study last year of the causes and handling of the church’s sex-abuse crisis, it “should have been a good moment for the church, and yet it was another black eye.”

His comments followed a report to the U.S. Conference of Catholic Bishops from Bishop John Wester of Salt Lake City, who heads the bishops’ communications committee. The bishops are holding their annual spring meeting in Atlanta this week.

Wester said it was time for the bishops to fully embrace the 21st century array of communications tools, and “take a good, hard look” at how well they communicate their message.

Cardinal Donald Wuerl of Washington, D.C., suggested the not-quite-revolutionary idea of hiring a spokesperson, someone who “can speak for all of us.” Several other bishops hailed the idea, although Cardinal Timothy Dolan of New York, the president of the conference, noted that there was an “ecclesial” problem with the idea, since all bishops have authority to speak for the church and therefore, theoretically, other bishops can’t speak for them.

Be that as it may, the bishops at least have a new way to talk to each other: Wester announced the creation of an exclusive, closed social network open only to American bishops.

He didn’t say what the new network would be called, which seemed to present a ripe opportunity for late-night comedians. Bishop Timothy Doherty of Lafayette, Ind., was the first to attempt to drive through the opening.

“I assume people in the room have already trademarked the phrases i-bishop and e-bishop,” he quipped (perhaps proving why he is a bishop and not a late-night comedian).