One of Fordham University‘s top administrators resigned his post on Friday. His resignation closely followed allegations that he had sexually abused a young boy over 42 years ago. 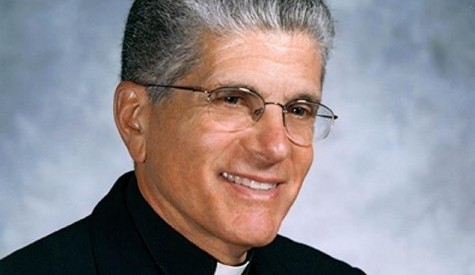 James Liguori, the former president of Iona College and most recently, the executive director of Fordham’s Westchester campus, stepped down just one day after his alleged victim’s lawsuit was made public, according to NY Daily. Fordham University released a statement regarding Brother Liguori’s resignation, partially touching upon the allegations that he had molested a boy in 1969:

“On Thursday, July 19, 2012, Fordham University learned that an advocacy group has claimed a lawsuit alleging child abuse was filed in 2008 against Brother James A. Liguori, associate vice president and executive director for Fordham Westchester,” the statement read. “Brother Liguori passed a criminal background check in fall 2011, when he was hired by Fordham. University officials began investigating immediately, and on Friday, July 20, Brother Liguori submitted his resignation, effective immediately.”

The alleged victim first reported the abuse (which occurred in 1969) in 2008, according to his attorney. He lives in Orange County, California, and claims that Liguori abused him at the Cardinal Farley Military Academy in Rhinecliff, according to a release from the Survivors Network of those Abused by Priests. Liguori is 69-years-old and is a member of the Edmund Rice Christian Brothers.

The religious order’s bankruptcy case, filed last year as their assets began to disappear over various sex-abuse cases, opened the door for the case against Liguori to find its way into the public eye, reports the Poughkeepsie Journal.